No Quick Fix For Syria 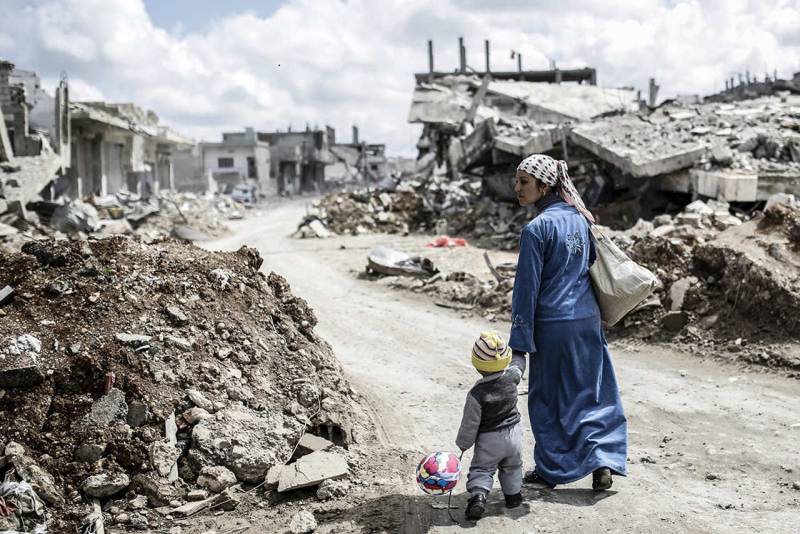 Syrian peace talks are heading towards failure, or have already failed, depending on how grim a view we take of the events unfolding in Geneva.

The Syrian opposition has called for a ‘pause’ to negotiations, which can be seen as an equivalent to a walkout. Even the UN's Syria envoy Staffan de Mistura says there won't be a new round of peace talks for at least another two to three weeks.

Escalation in fighting and difficulties delivering humanitarian aid have also ruined the hopes for an earlier start to the peace process. Moreover, the opposition’s chief peace negotiator, Mohammad Alloush has resigned because peace talks have failed to deliver any concrete results on the ground.

These signs clearly indicate that recent peace talks in Geneva have been an exercise in futility.

Since the start of peace talks there has been a lack of positive signs and goodwill gestures. The first casualty of the Geneva peace talks was the ceasefire or truce between the warring parties, which was brokered by the United States and Russia in a bid to fast-track peace. The opposition has already declared that the Syrian truce is over, which means the full resumption of fighting.

The ceasefire agreement was never implemented completely. There were numerous cases of sporadic fighting from the start, which gradually intensified. But it surely helped in the delivery of much needed humanitarian aid to needy Syrians and brought relief from the intense fighting to large numbers of civilians trapped between government forces and rebels. But now Syrians can be exposed to the full fury of war at any time, which is likely to be even uglier than before.

The foreign backers of the warring parties in Syria, which were once pushing for talks, are now taking sides. The High Negotiations Committee, Syria's main opposition umbrella group has said that it is not willing to return to any talks without a full ceasefire and access to humanitarian aid.

Russia, which has shown solidarity with Syrian President Bashar al-Assad since the beginning, has retaliated, and foreign minister Sergei Lavrov has criticized the opposition for setting preconditions to their participation in the talks. Some analysts are even suggesting that just as the US provided cover for Israel, Russia is protecting Assad.

Thus, even when renewed peace talks are launched, there is no hope of their success because of the major bottlenecks between the Syrian government and opposition.

Even global and regional powers are divided on this core issue. Moscow and Tehran, the main backers of Assad, believe that any agreement between the opposition and Syrian government should support the central government of Damascus, even if this means supporting President Assad. They argue that if President Assad leaves power with no strong leader to replace him, Syria will turn into a failed state just like Libya.

The United States and its allies, on the other hand, oppose Assad’s stay in power, arguing that it will be next to impossible to convince the armed groups to relinquish their weapons down and sit at the negotiating table if the government of Syria continues to be led by President Assad.

After taking all this into account, it is very hard to believe that any peace talks will improve the situation on the ground and bring peace. In the current scenario, the best hope for halting Syria’s destruction is the acceptance of agreed zones that take into account ethno-sectarian divisions and current battle lines while devolving significant power to local communities. Some level of international military presence like- United Nation’s Monitoring Force will likely be necessary to monitor and ensure maintenance of the ceasefire.

For success, any new round of talks needs solid ground work before they commence. Otherwise, they are bound to fail again. As we draw on the lessons of the mistakes in the peace-building processes in Iraq, Yemen and Libya, where half-baked measures, the lack of stabilization plans and flawed security arrangements came back to explode in the face of those hurriedly pursuing peace.

Only after a stable ceasefire is achieved should a fresh round of negotiations be launched. The talks should focus on more workable solutions than in the past for resolution of the Syrian war, such as the creation of a federal structure which gives greater autonomy to every region, the establishment of a decentralized system of governance or even the division of Syria on sectarian lines. At the end of the day, it is up to Syrians to decide what political system they want for their country. But the international community has to facilitate the Syrian people to resolve the civil war peacefully and reconstruct their country in due time.