Routers widely available in Pakistan, Samsung TVs among devices exploited by the CIA to spy on public: WikiLeaks 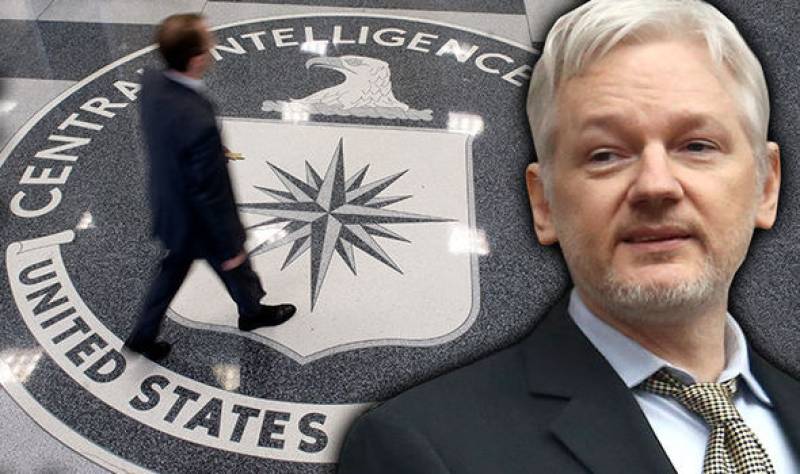 WASHINGTON - Global whistleblower WikiLeaks has once again blown the lid off CIA's shady techniques used to spy on general public including Pakistani's through routers and Samsung television sets.

The leak, described as the biggest ever leak of confidential documents from the CIA code, named “Vault 7” focus mainly on techniques for hacking and reveal how the CIA cooperated with British intelligence to convert smart gadget to surveillance devices.

The most disturbing part for consumers is the shocking disclosure that Samsung smart TV's were used to spy on viewers almost on a world-wide scale and to those who think turning the television off could turn the privacy breach off are at fault because the document dealing with Samsung televisions carries the CIA logo and suggests that there was a 'Fake Off' mode that monitors the target ostensibly appearing as Off.

The CIA also keenly monitored the internet users as well through routers as the internet is the second most part and parcel component of every home now.

Pakistani users, who consider themselves safe from the burgeoning covert programs should get to know that WikiLeaks disclosures suggest that scores of routers including the most commonly used PTCL

The first full part of the series, "Year Zero", comprises 8,761 documents and files from an isolated, high-security network situated inside the CIA's Center for Cyber Intelligence in Langley, Virginia.

What could be of alarming nature is the fact that WikiLeaks revelations covering the duration 2013-2016 confirm that CIA lost control of the majority of its hacking arsenal including malware, viruses, trojans, weaponized "zero day" exploits, malware remote control systems and associated documentation.

The extraordinary collection, which amounts to more than several hundred million lines of code, gives its possessor the entire hacking capacity of the CIA.

'Year Zaro' program of CIA introduces the scope and direction of the CIA's global covert hacking program, its malware arsenal and dozens of "zero day" weaponized exploits against a wide range of U.S. and European company products, include Apple's iPhone, Google's Android and Microsoft's Windows and even Samsung TVs, which are turned into covert microphones as soon as CIA wants it.

The diverse radar of CIA's covert program can be accessed through the fact that by the end of 2016, the CIA's hacking division, which formally falls under the agency's Center for Cyber Intelligence (CCI), had over 5000 registered users and had produced more than a thousand hacking systems, trojans, viruses, and other "weaponized" malware.

Moreover, the hackers linked to CIA had utilised more code than used by the entire social networking giant Facebook. The CIA had created, in effect, its "own NSA" without bothering about being probed on extravagant spendings.

The documents set to embarrass CIA once again suggest that its Mobile Devices Branch (MDB) developed numerous attacks to remotely hack and control popular smartphones. Infected phones can be instructed to send the CIA the user's geolocation, audio and text communications as well as covertly activate the phone's camera and microphone.

These techniques allow the spy agency to bypass the encryption of popular smart messaging applications including WhatsApp, Signal, Telegram, Wiebo, Confide and Cloackman by hacking the "smart" phones that they run on and collecting audio and message traffic before encryption is applied.

Smart phone users whether on Android or products running iOS are also vulnerable to CIA's Mobile Devices Branch (MDB) as the spy agency devised hacking codes for both the platforms, according to the latest leaks.

CIA's security program not only affects gadgets but those using Microsoft Windows are also under the radar as viruses devised by the agency infect software distributed on CD/DVDs and USB.

The documents harking back to October 2014 imply that the CIA was also looking at infecting the vehicle control systems used by modern cars and trucks. The purpose of such control is not specified, but it would permit the CIA to engage in nearly undetectable assassinations.

"Year Zero" documents show that the CIA did not spare Obama administration's commitments and breached them as well.

WikiLeaks, in a statement, did not disclose its source and resorted to saying the archive appears to have been circulated among former US government hackers and contractors in an unauthorised manner, one of whom provided WikiLeaks with portions of the archive.

Julian Assange, the WikiLeaks editor-in-chief, said the disclosures were “exceptional from a political, legal and forensic perspective”.

Although the latest revelations by WikiLeaks are more than enough to dent the reputation of CIA but WikiLeaks has refrained from publishing the code for the "armed" cyber weapons until a consensus is reached on how these weapons should be analysed, disarmed and published.

On the other hand, former CIA employee, Edward Snowden, who is in exile in Russia, said in a series of tweets the documents seemed genuine and that only an insider could know this kind of detail.

Still working through the publication, but what @Wikileaks has here is genuinely a big deal. Looks authentic.

The CIA reports show the USG developing vulnerabilities in US products, then intentionally keeping the holes open. Reckless beyond words.

The agency in question, CIA declined to comment on the latest leak.

“We do not comment on the authenticity or content of purported intelligence documents,” wrote CIA spokesperson Heather Fritz Horniak.

The conundrum is not to analyse that the CIA spied on huge majority of people scattered around the world but the unethical attitude on the part of CIA is the fact that it knew about the vulnerabilities of Google, Apple and Microsoft and still it did not report to the firms that putting the privacy of the people at stake for an extended period of time.