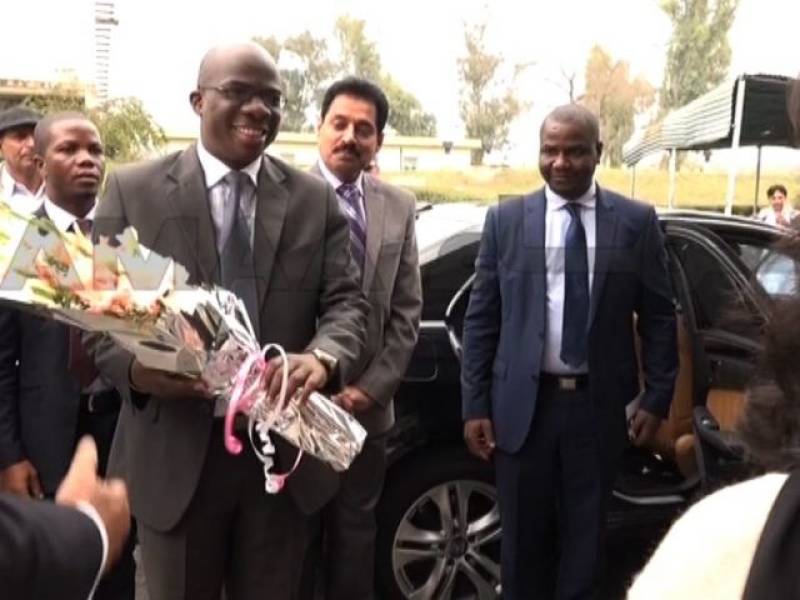 ISLAMABAD - Here is some more good news for cricket enthusiasts! After the successful Pakistan Super League (PSL) final in Lahore, now Zimbabwe government has shown willingness to send its cricket team to Pakistan.

The two sides discussed possibilities of bilateral tours between the two countries in the coming months.

Hlongwane was leading a delegation that called on the minister, a day after meeting country’s cricket board chairman Shaharyar Khan.

Zimbabwe Cricket chairman Tavengwa Makhani is also part of the delegation. During the meeting, on behalf of the government of Pakistan, Pirzada formally invited the Zimbabwe government to send the cricket team to Pakistan.

The Zimbabwe authorities positively responded to Pakistan’s invitation. "Hlongwane assured that he would ask his country’s cricket board to consider sending the team to Pakistan," reported Samaa TV.

Hlongwane was of the view that Pakistan is a safe country for cricket. He applauded the smooth conduct of the PSL final and thanked the government for its foolproof security arrangements.

He also thanked the people of Pakistan for their warm hospitality.