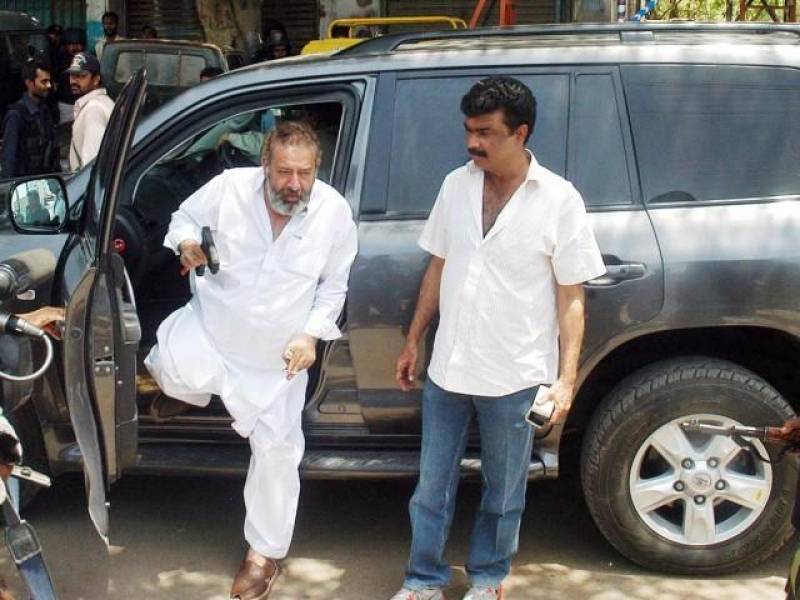 KARACHI- The investigative agencies have learnt that a personal security guard of Karachi's top police officer Chaudhry Aslam was behind the attack on his house.

Four suspects believed to be behind the killing of police official were arrested on Monday during a search operation and during the initial course of investigation late, the suspects revealed SP Aslam’s personal security guard Muhammad Kamran had been affiliated with the banned sectarian outfit Lashkar-e-Jhangvi (LeJ).

According to a CTD official, the guard had helped LeJ in attacking Aslam’s house in Karachi’s DHA neighbourhood in September 2011. The group paid Rs50 million to Kamran for helping them carry out an attack at his house, the official added quoting the suspects.

CTD in-charge Raja Umer Khattab confirmed the suspects’ shocking confessions that would help connect the dots into the mysterious attack on Ch. Aslam.

Apart from the attack on his house, the suspects also blew the lid off suicide attack on Aslam suggesting that a bomb was fitted in the senior cop’s car.

“Another driver was supposed to drive the car that day but unforeseen events led Kamran to drive the car and he was also killed,” a suspect was quoted as saying although the claims are yet to be verified.

SP Aslam, who was Crime Investigation Department’s Superintendent of Police (SP), was killed in a terrorist attack on the Lyari Expressway near Essa Nagri area on January 9, 2014. The banned militant outfit – Tehreek-e-Taliban Pakistan had claimed responsibility of the attack.

He was dubbed as the iron man of metropolis owing to his valour and unmatched resistance against terrorists. Aslam not only vowed to eliminate militancy from the city but he himself led from the front to smash terrorism.