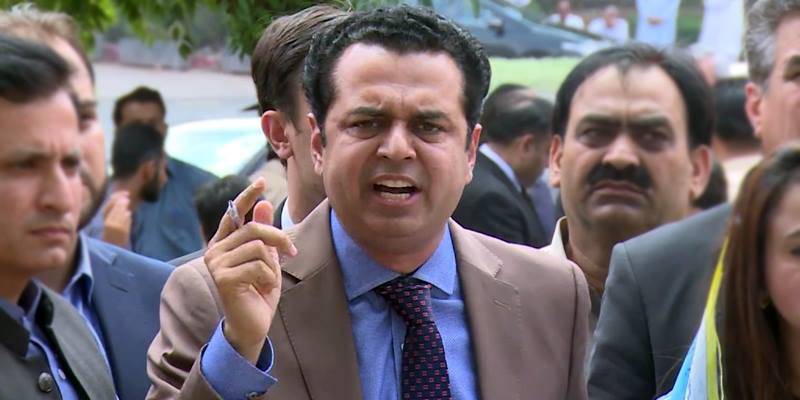 ISLAMABAD - The Supreme Court of Pakistan on Thursday announced to indict Minister of State for Interior Affairs Tallal Chaudhry on March 14 in a contempt of court case.

A three-member bench, headed by Justice Ejaz Afzal Khan and comprising Justices Maqbool Baqar and Faisal Arab, took up the case regarding Chaudhry’s ‘contemptuous speeches’ against the judiciary.

The apex court announced the date to frame charges agains the PML-N bigwig after rejecting a reply submitted by the state minister in response to a show-cause notice.

The court has summoned Chaudhry in person on March 14.

At the last hearing on Tuesday, the three-member bench ordered Additional Attorney General (AAG) Waqar Rana to provide a copy of the CD to Chaudhry’s counsel regarding his anti-judiciary speeches.

The case was initiated after Chaudhry was seen launching a tirade against judiciary at the ruling party’s recent rally in Jaranwala where PML-N chief Nawaz Sharif and his daughter Maryam Nawaz also criticised Supreme Court and judges.

During his speech at PML-N's rally in Jarranwala last week, Chaudhry had said: "There was an era when the Kaabah was full of idols. Today, the judiciary, which is the country's highest institution, is also full of PCO [Provisional Constitution Order] idols."

"Mian Nawaz Sharif, throw them out, throw him out of the court. They will not give justice but will continue their injustices."

He said that despite Sharif — the PML-N head — doing so much for the country, "They say that somebody else should become the prime minister."

Chaudhry has been criticising judiciary in talk-shows and media-talks on occasions of hearings against Sharif family at Accountability Court and the Supreme Court.