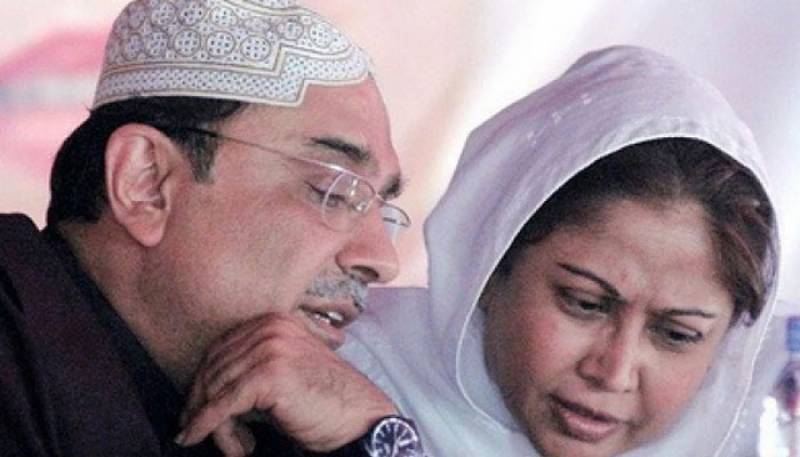 Formed on the directives of the Supreme Court, the JIT sought the scanning record of Zardari and Talpur's properties from the inspector general of the microfilming department at the Sindh Board of Revenue on Friday.

The all-powerful JIT has instructed the inspector general of the microfilming department to appear before it along with the record.

The documents state that the 75 properties are in the name of Zardari and Talpur and are located in Tando Allahyar, Badin, Hyderabad, Larkana, Benazirbad and South Karachi.

the NAB Rawalpindi arrested Memon from Islamabad and will present him before an accountability court today to seek his physical remand.

This was the first arrest made by the NAB Rawalpindi in this case. Aftab Memon is accused of illegally allotting land to frontmen of political personalities.

The authorities alleged Aftab Memon of corruption worth Rs800 million. The NAB Rawalpindi has accused that the suspect illegally allotted 700 acres of land.

The close aides of former president including Hussian Lawai and Anwar Majeed are already in detention.