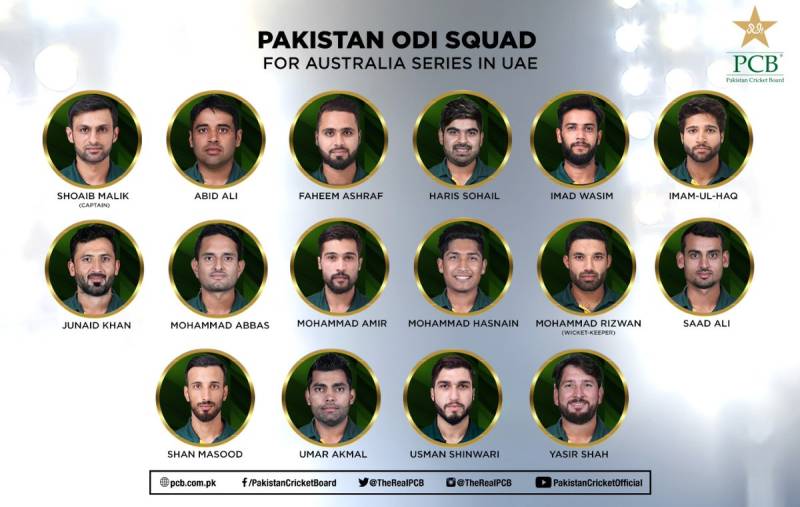 LAHORE – Shoaib Malik will lead Pakistan in this month’s one-day series against Australia after the cricket board decided to rest regular captain Sarfraz Ahmed along with five other potential Cricket World Cup players, for the five matches in the United Arab Emirates.

Beside Sarfraz, the others rested include Babar Azam, Fakhar Zaman, Hasan Ali, Shadab Khan, and Shaheen Shah Afridi, who all played in the last ODI series against South Africa which Pakistan lost 3-2.

They have been rested to keep them fresh ahead of the World Cup in England and Wales, the Pakistan cricket Board (PCB) said on Friday.

“The changes have been made taking into consideration the player workload in the build up to the World Cup,” chairman of selectors Inzamam-ul-Haq said in a statement, pointing to their 11 matches before their first match of the showpiece event against West Indies on May 31.

Pakistan is also scheduled to play five ODIs against England in May.

Middle-order batsman Hussain Talat was dropped while Mohammad Hafeez was not considered as he's recovering from thumb surgery.

DUBAI – Pakistan all-rounder Mohammad Hafeez has been ruled out of Pakistan Super League season after fracturing his ...

Middle-order batsman Umar Akmal has been given another chance, having not played an ODI since January 2017.

"Sometimes, time away from international cricket allows a player to recompose and come back strongly," chairperson of selectors Inzamam-ul-Haq said. "I hope this happens with this player (Akmal), as a fully fit and in-form Umar will bolster the middle-order."

Sharjah will host the first two ODIs on March 22 and 24, followed by the third game at Abu Dhabi on March 27. The last two games will be in Dubai on March 29 and 31.