Pakistan reports another case of Coronavirus 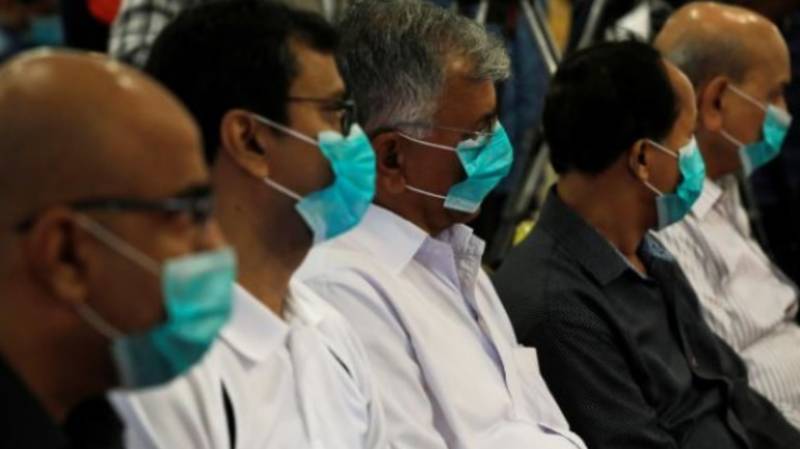 KARACHI – One more case of coronavirus has been diagnosed in Sindh and now the number of positive cases has come to four, this was disclosed in a meeting of Taskforce on Coronavirus chaired by Sindh Chief Minister Syed Murad Ali Shah here at CM's House on Sunday.

Secretary Health Zahid Abbasi told the chief minister that the samples of four suspects were sent for lab test, of them one has been diagnosed as positive while three others were declared as negative. The new coronavirus positive patient belongs to Karachi.

The chief minister directed health department to isolate the persons, including family members who were in contact with the patient.

The meeting was informed that Sindh health department has conducted the test of 107 samples, of them four were diagnosed as positive and 103 became negative. One of the Coronavirus affected person recovered and was released from hospital on Saturday.

At present 265 persons are in quarantine in their home.

KARACHI – The first person to contract the novel coronavirus in Pakistan has been discharged from a hospital in ...

The chief minister was told that 300 pilgrims who were scheduled to reach Sukkur on Sunday could not leave Taftan and now they would leave Taftan for Sukkur on Monday evening.

The chief minister said that all the pilgrims must be checked when they reach Sukkur.

If they all clear they should be allowed to go their home and if any of the person has symptoms of Coronavirus the passengers of the entire bus should be kept in quarantine, he directed the commissioner Sukkur who joined meeting on video link.

The Commissioner Sukkur said that he has developed a capacity of keeping 1024 pilgrims in quarantine at Sukkur.

All the facilities, right from electricity, water, sanitation, bedding, food and clothing to regular medical checkups, testing and screening facilities and counseling have been made at the facility developed at Sukkur.

The chief minister also directed the commissioner to establish a control room where presence of representatives of Revenue, municipal corporation, SEPCO, buildings, public health and health department should be ensured.

Syed Murad Ali Shah was told that 30 male medical officers, 18 women medical officers, two gynecologists, three Senior WMOs and relevant paramedical and janitorial staff have been deputed to work at the center. The commissioner confirmed that they all were present on their duty.

Inspector Genreal Sindh Mushtaq Maher said that he has posted 216 police personnel on the duty at quarantine center.

Syed Murad Ali Shah directed Commissioner Sukkur to arrange eight ambulances to be kept at Sukkur Center. There must be a standby generator.

The Commissioner Sukkur said that a 27-beded isolation wards have been established at Jacobabad Institute of Medical Sciences (JIMS).