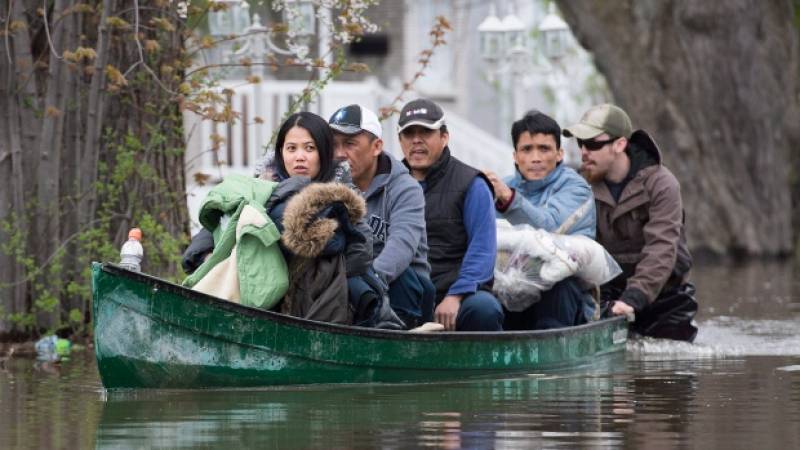 MONTREAL - A state of emergency has been declared on the island of Montreal, Canada, for the first time since 1998, due to devastating flooding caused by torrential rains and melting snow. The measure allows authorities to order forced evacuations of homes.

Several streets and bridges in the Montreal region have been closed due to flooding. More than a dozen schools were told to remain closed on Monday, Montreal Gazette reported.

Nearly 1,900 homes in 126 Quebec municipalities have been flooded, with more than 1,000 residents leaving the affected areas, the Canadian Press reported, adding that some 1,200 troops were deployed to help evacuate local residents.

Montreal Mayor Denis Coderre said some 220 people in the city had been evacuated from their homes, warning that authorities would be forced to remove people if they refused to comply with evacuation orders.

“I understand that morally or psychologically, physically, mentally, people are very, very tired. We’re talking 24 hours in a row of people helping each other,” Coderre told reporters on Sunday, as cited by the Canadian Press.

“But sometimes we need to protect people from themselves,” he added.

Across the country, thousands of Canadians are spending the weekend in a desperate struggle with rising floodwaters caused by unusually persistent rainfall.

In the hardest hit province of Quebec, Montreal Mayor Denis Coderre declared a state of emergency on Sunday afternoon. The order will remain in effect for at least 48 hours, giving the city the power to more effectively and quickly address the situation.

"If people's lives are in jeopardy, we need to think about the people first," he told reporters.

Floodwaters in the province are expected to peak today due to continued rain in most of the affected areas.