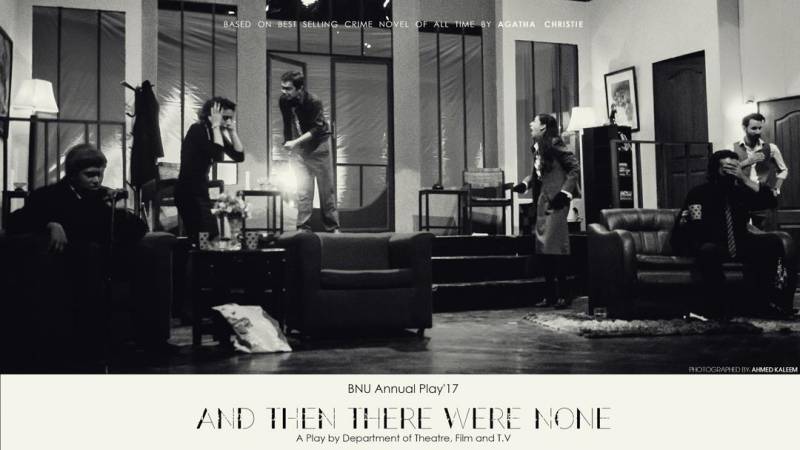 On the 5th of May 2017, students from BNU’s theatre society, BEADS, opened infront of a packed house at Alhamra, Hall II, to perform their annual play – Agatha Christie’s “And Then There Were None.”

The play was directed by Mr. Hassan Raza, who had previously worked with BEADS on numerous occasions, and this was his swan song as a member of BEADS, and a student of BNU.

For a play that went on for an hour and a half, ATTWN managed to keep its audience captivated throughout, with more than enough moments to get reactions from the audience numerous times. There were minor issues here and there, but the cast and crew of 14 managed to rise above it all and offer a performance that got everyone off their feet at the end of it. 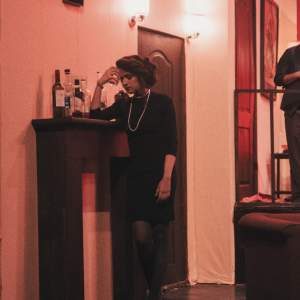 In terms of individual performances, Ms. Jahan Ara Chughtai’s was one that was brilliant from Act 1, to Act 3. From the moment that she introduced herself as Vera Claythorne, there was not a soul in the audience that could find any remains who or what Jahan Ara Chughtai was. Every movement she made was just as calculated, as it was spontaneous, as she naturally glided through her monologues with her fellow actors, with doubt nowhere in sight. A star was on the stage, and she demanded your attention. Loud, clear-cut vocals were delivered in a manner which actually showed the difference between how good Jahan Ara was, and how hard it was for her colleagues to keep up with her. One scene in particular that caught the eye was when Jahan Ara decided to hang herself, and create the sounds of being choked so loud, and yet not exaggerated at all. Being loud and clear, yet not overdoing it is a huge part of theatre and Ms. Chughtai swept everyone in the hall off of their feet in this quite difficult scene. In closing, for a person who was on stage for the very first time in her life, Ms. Chughtai introduced herself to the theatre world in a fashion actors could only dream of. 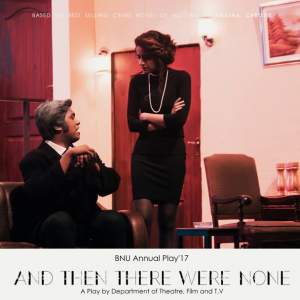 Other honourable mentions included the performance of Mr. Saad Ayub, who made it seem like he was never going to be anything but Justice Wargrave again in his life, and delivered crisp, clear vocals throughout. Ms. Mahnoor Lashari, who played Mrs. Rodgers, Hamza Javaid, who played Mr. Rodgers, and Sadia Mohsin, who played Julia Marston were all consistent in their performances for all 3 days. All in all, ATTWN was a shot in the dark, and one that hit pretty close to the mark. It was an innovative idea that the masses might not have been convinced about in the beginning, but with solidity in performance and the overall gelling of the actors on stage, it turned out to be an experience many won’t forget about anytime soon.