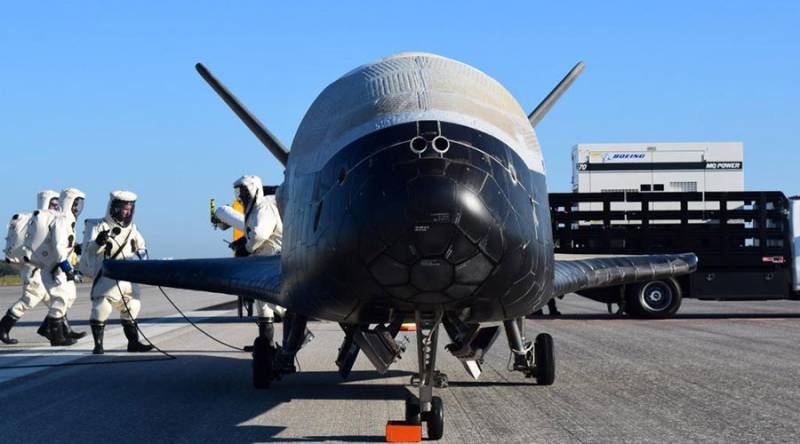 WASHINGTON - The US Air Force’s X-37B space plane has returned to Earth from its secret mission in orbit which is said to have lasted a record-breaking 718 days.

The unmanned, reusable space plane landed at NASA’s Kennedy Space Center in Florida after almost two years of circling our planet as part of a secret test mission.

The touchdown marks the first landing at the space center’s Shuttle Landing Facility since the Atlantis made the final flight of NASA’s 30-year space shuttle program in July 2011.

The completed mission, known as OTV-4 (Orbital Test Vehicle-4), marks the fourth in the X-37B programme but is the first to have landed at the Florida space center. Three previous landings occurred at Vandenberg Air Force Base in California.

“We are incredibly pleased with the performance of the space vehicle and are excited about the data gathered to support the scientific and space communities.”

The #X37B made a surprise return to earth today, causing a sonic boom heard across south-central Florida at around 7:44 a.m. this morning.

While most of the X-37B's payloads and activities are classified, the Air Force has insisted that the mini space shuttle is simply testing technologies in orbit.

It outlines the programme’s primary objectives as twofold. Firstly, it wants to test reusable spacecraft technologies for America’s future in space, and secondly, to carry out experiments which can be returned to, and examined, on Earth.

The X-37B, which is 29 feet long and has a wingspan of just over 14 feet across, launches vertically and comes back to Earth horizontally for a runway landing.

The OTV-4 has spent the longest period in space, substantially surpassing the first vehicle of the mission launched in 2010, which spent 224 days in orbit.

However it has failed to come close to the overall longest spaceflight mission. NASA's twin Voyager 1 and Voyager 2 probes are still sending data home, nearly 40 years after their 1977 launches, according to Space.com.