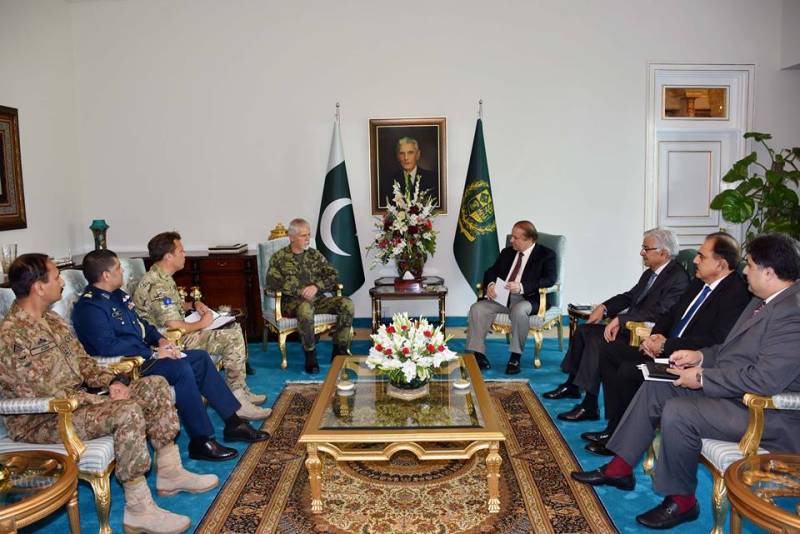 According to a statement issued from the PM House here Thursday, General Peter Pavel in a meeting with Prime Minister Nawaz Sharif here at PM House, termed Pakistan an important and traditional partner of NATO stressing the need for resolution of Kashmir issue.

“I have listened to your yesterday’s speech in the Parliament where you eloquently expressed the issue of Kashmir. The Kashmir issue has to be addressed as two nuclear powers are party to it and the world cannot remain indifferent and must be concerned,” Chairman Military Committee NATO said.

The Chairman Military Committee NATO said by the virtue of its size, Pakistan could play an important role in the region.

PM Nawaz Sharif maintained his government had a stated policy on Afghanistan, which he expressed from the day first on assumption of his office, The News reported.

General Peter Pavel said his meetings with all the services Chiefs and others were highly satisfactory.

“I am highly impressed with the state of affairs, professional standards and approach of Pakistan Armed forces. I would like to acknowledge the comprehensive counter terrorism strategy which has achieved a lot and there are many lessons for NATO to learn from it,” Chairman Military Committee NATO said.

PM Nawaz highlighted the issue of atrocities in the restive region of Kashmir and urged international players to play a decisive role for the early resolution of the matter. He also shed light on the process being made regarding the operation Zarb-i-Azb.

“The ongoing military operation Zarb-i-Azb is the largest military counter terrorism offensive by any single country, which has broken the backbone of terrorists,” the Prime Minister emphasized.