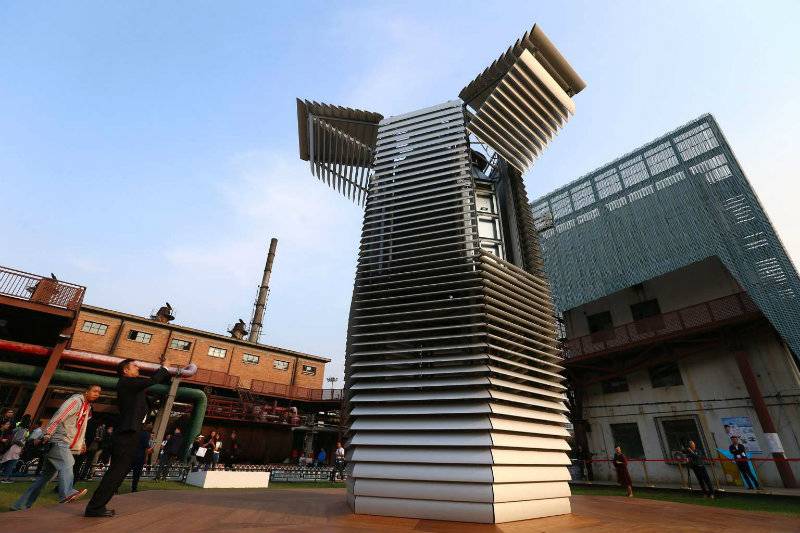 BEIJING - China has installed a 'Smog Free Tower', which cleans the air around, at a park in central Beijing.

The contraption was installed in Beijing's 751D park on September 29 and will stay there permanently.

The colossal device is the largest air purifier in the world, claims 37-year-old Dutch artist and innovator Daan Roosegaarde. 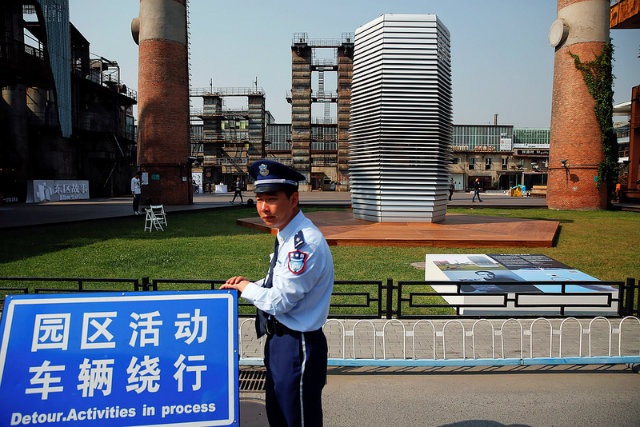 The 23-foot-tall Smog Free Tower can clean 30,000 cubic metres (1,060,000 square feet) of fine smog per hour and uses no more electricity than a water boiler, according to Roosegaarde.

It can collect pollutants, process them and then condenses it into cubes measuring around four centimetres (1.6 inches). 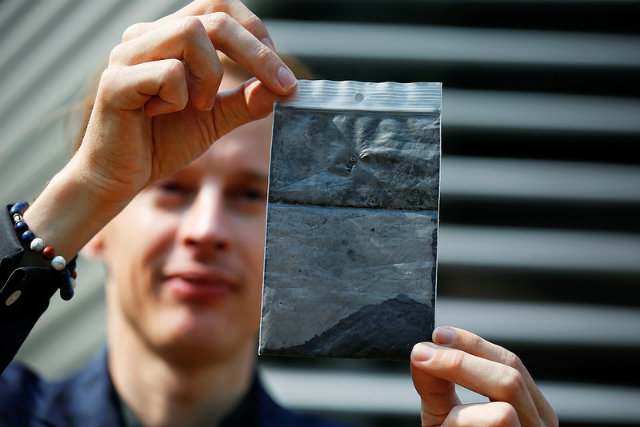 The tower is part of Roosegaarde’s larger project, "Landscapes of the Future," which aims to integrate technology, space, and design in improving the quality of daily urban life, according to the Shangaiist.

Roosegaarde and his team hope that governments, NGOs, pro-bicycle campaigns, and the clean-tech industry can collaborate to fight air pollution so that Smog Free Towers eventually will become unnecessary.

The designer from Rotterdam, who has the support of China's Ministry of Environmental Protection to bring the project to China, said that he got the idea from a trip to Beijing in 2014, the Mail Online reported.

Even the design of the tower itself has taken inspiration from China: “The design is inspired by Chinese pagodas. It reflects history and also a link towards the future. Combining the old and new world,” said the inventor.

The tower sucks in 75% of the particles in the nearby air that are dangerous to humans, and then spits back out clean air into the surrounding space. For a more detailed explanation, watch this video:

So, where do all those captured smog particles go? Well, the tower compresses the carbon particles, which are then turned into diamond cubes to adorn Smog Free Rings, Cubes and Cufflinks. 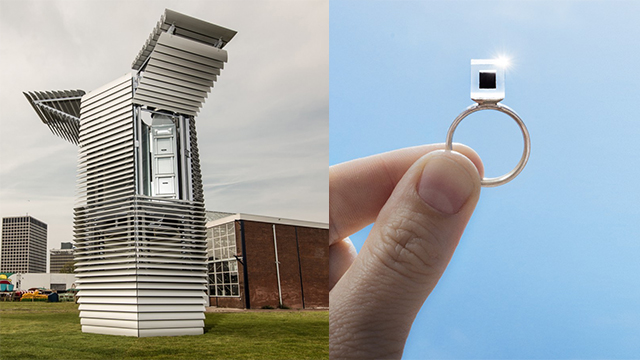 By buying one ring, consumers are effectively donating 1,000 cubic meters of clean air to the city. The money from the jewelry will be funneled back into developing and building more towers.

The Smog Free Tower prototype was tested this summer in a park in Rotterdam. Roosegaarde says that the smog collected in Beijing in the space of one day was equivalent to two-and-a-half weeks. 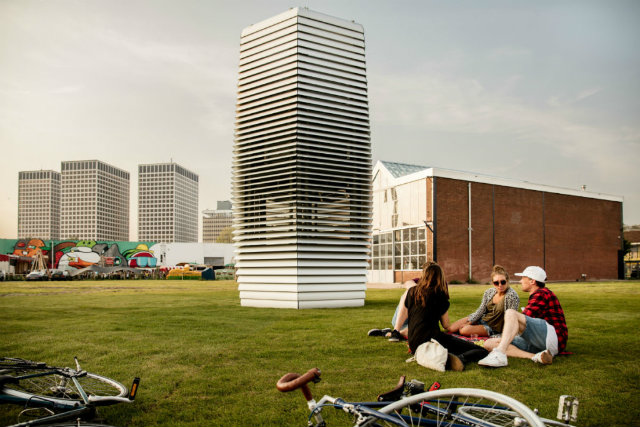 The Dutch says the tower will also tour four Chinese cities. The exact locations will, however, be announced in the coming days

“Hebei is China's most polluted province so we will definitely go there. Shenzhen is on the list as it has a makers mentality.”

Beijing has faced increasing issues with smog over the past few years. The capital city frequently features near the top of the list of China's most polluted cities. 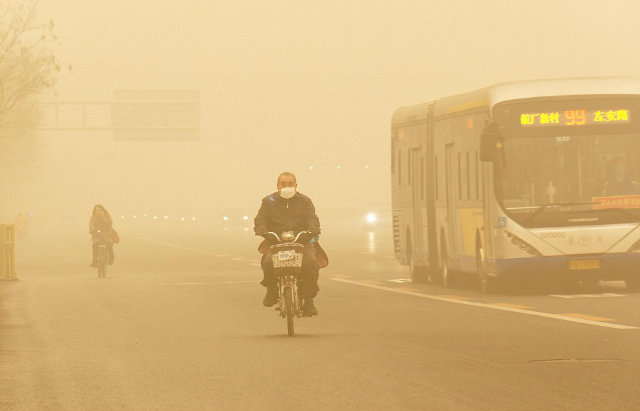 At its worst, readings of the tiny poisonous PM2.5 particles reached into the high 600 micrograms per cubic meter through the capital, as compared with the World Health Organization safe level of 25.

Winter is commonly known as the country's smog season with the most pollution warnings released at this time.