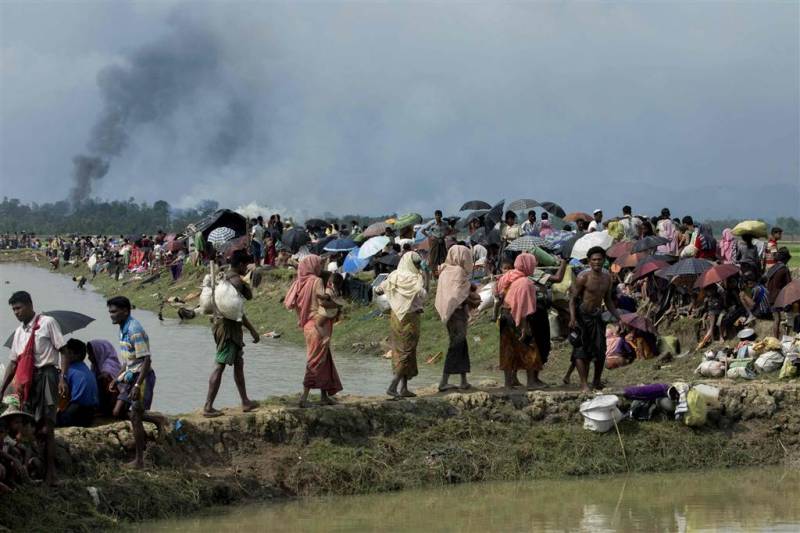 NEW DELHI -  India refused to be a signatory of a Bali declaration adopted at an international forum on Thursday while citing “inappropriate” reference to violence in the Rakhine state of Myanmar.

An Indian parliamentary delegation, led by Speaker Lok Sabha Sumitra Mahajan, dissociated itself from the declaration adopted at the ‘World Parliamentary Forum on Sustainable Development’ held in Nusa Dua, Indonesia.

“This was in view of the fact that the declaration, which was to be adopted at the conclusion of the Forum, was not in line with the agreed global principles of ‘sustainable development’,” said a press release issued by the Lok Sabha Secretariat.

India reiterated its stance that the purpose of convening the Parliamentary forum was to arrive at a mutual consensus for implementation of SDGs (Sustainable Development Goals) which requires inclusive and broad-based development processes, it said.

"The country-specific amendment to the draft declaration was proposed at the eleventh hour by selective countries which referred to the violence in the Rakhine state of Myanmar," the press release said.

"Never before country-specific issues have been included in the declaration as these dilute the objective of these Forums which require unity and focussed efforts of all the countries," the communique continued.

“Therefore, the proposed reference to the violence in Rakhine state in the declaration was considered as not consensus-based and inappropriate,” the statement added.

India objected to a specific clause of the declaration that expressed “deep concern on ongoing violence in the Rakhine State of Myanmar, amongst others…”

The declaration went on to “call on all parties to contribute to the restoration of stability and security, exercise maximum self-restraint from using violent means, respect the human rights of all people in Rakhine State regardless of their faith and ethnicity, as well as facilitate and guarantee safe access for humanitarian assistance.”

Indian delegation's detachment came at a time when premier Narendra Modi was concluding his visit to Myanmar after meeting Aung San Suu Kyi.

Modi who met Kyi at the presidential palace in the capital, Naypyitaw expressed that India and Myanmar had similar security interests in the region.

“We share your concerns about extremist violence in Rakhine state and especially the violence against security forces and how innocent lives have been affected,” he said.

“We hope that all the stakeholders together can find a way out in which the unity and territorial integrity of Myanmar is respected and at the same time we can have peace, justice dignity and democratic values for all.” noted Modi.

Although Muslims in Buddhist majority state are reeling under constant terror ever since the 1982 General Ne Win’s government enacted the Burmese nationality law but a fresh spree of violence sparked international controversy on August 25 when a few insurgents attacked dozens of police posts and an army base.

Myanmar, formerly known as Burma, evacuated more than 11,700 “ethnic residents” from the area affected by fighting, the army said, referring to the non-Muslim population of northern Rakhine.

What perturbs India is the influx of some 40,000  Rohingya Muslims into India over the years.