Panic and fear as oil slick forms off Karachi beach 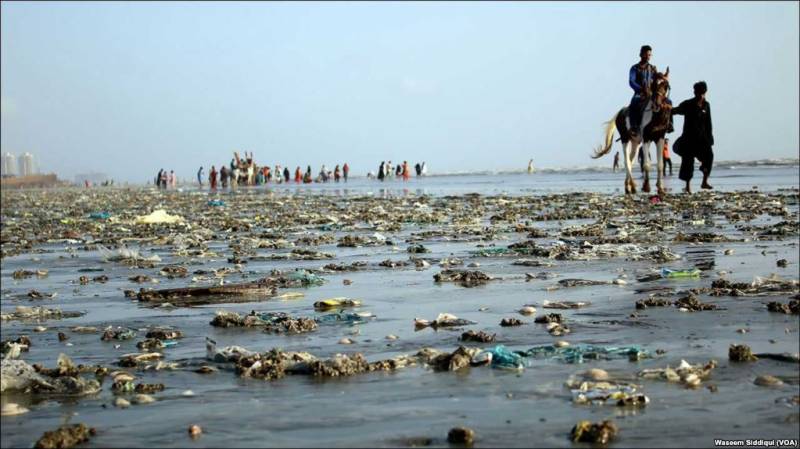 KARACHI - An oil slick over a four-kilometre stretch of the beach has spread panic and fear among beachgoers on Wednesday.

According to the experts, the oil slick does not pose any serious threat to humans, however, it will affect the marine life.

According to Geo News, the source of the oil slick is not known. It is being claimed that the slick did not originate from the Karachi Port area and has likely made landfall after being pushed by Monsoon winds from the open sea.

While the oil spill from the Tasman Spirit was fresh, its smell affected residents causing nausea, headaches and throat infections, forcing those living close to the beach to evacuate further inland; the current oil slick does not pose the same threats, according to media reports.