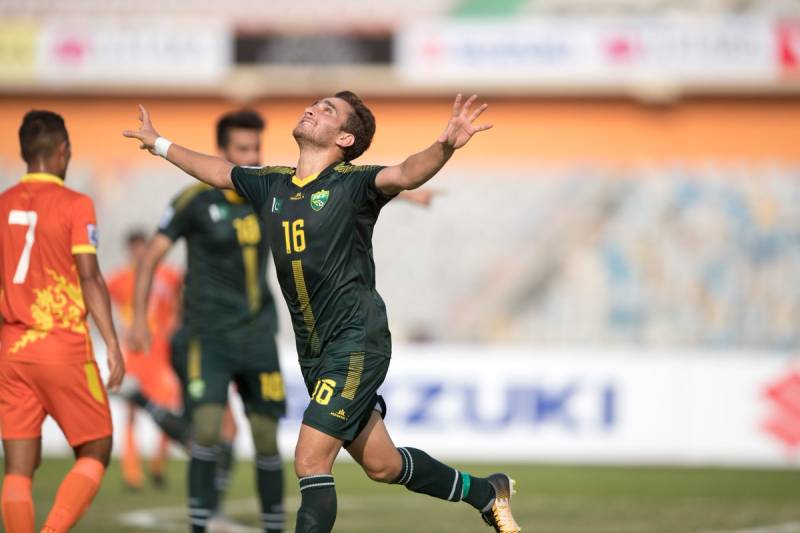 DHAKA - Pakistan national football team Sunday defeated Bhutan by 3-0 in the group-A match of the South Asian Football Federation (SAFF) Championship at Bangladesh’s Bangabandhu National Stadium to qualify for the semifinals of the tournament.

Pakistan ended the first half with a 2-0 lead over Bhutan.

A dramatic day of football brings #SAFFSuzukiCup18's Group A matches to an end. Nepal 🇳🇵 and Pakistan 🇵🇰 move ahead to the semi-final with hosts Bangladesh 🇧🇩 crashing out on goal difference.#SAFFSuzukiCup pic.twitter.com/U6N2P5Ow0J

In the second half, both the teams tried hard to score but no one was able to score the goal until the added injury time when Faheem Ahmed scored the third for Pakistan in the 91st minute.

Pakistan had last played the semis of SAFF cup back in 2005.