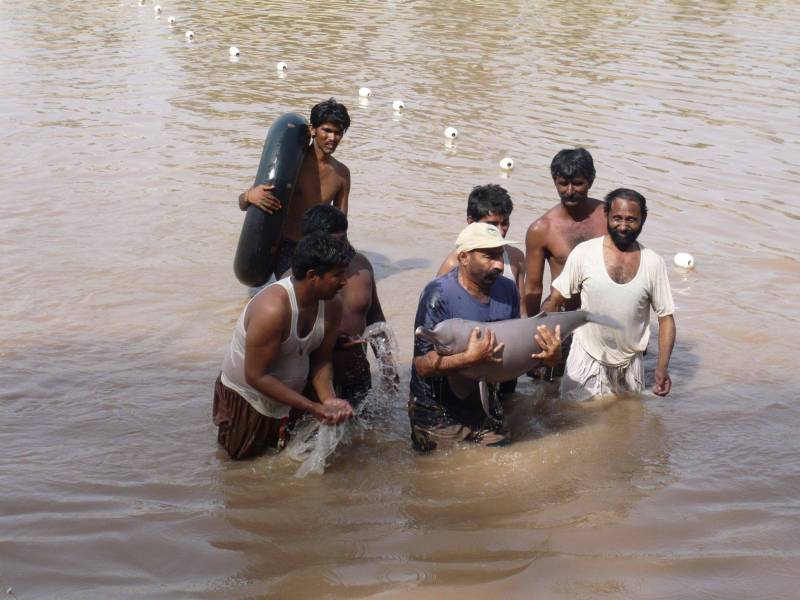 On Thursday, local inhabitants spotted the dolphin and informed wildlife officials immediately. The rescue event brought a unique opportunity to collect valuable information about the species and was also a source of awareness for the crowd, which gathered at the rescue point.

The animal was a male, 117cm in length and weighing about 27kg. The rescued dolphin was released back in the mainstream of the Indus River, downstream of Guddu Barrage.

The Yangtze River dolphin of China is considered extinct in the wild.

Stranding of the Indus river dolphin in irrigation canals is a potential threat to the existing dolphin population Dolphins move back and forth into irrigation canals when canal gates are open. During closure of the canal gates, the water level begins to drop and dolphins become trapped in small pools with depleting fish supply.

Moreover, intensive fishing in canals during closure period aggravates the risk of net entanglements of dolphin which are already stuck and cannot come back to the mainstream. Monitoring and rescues become highly important to save dolphins in such conditions. 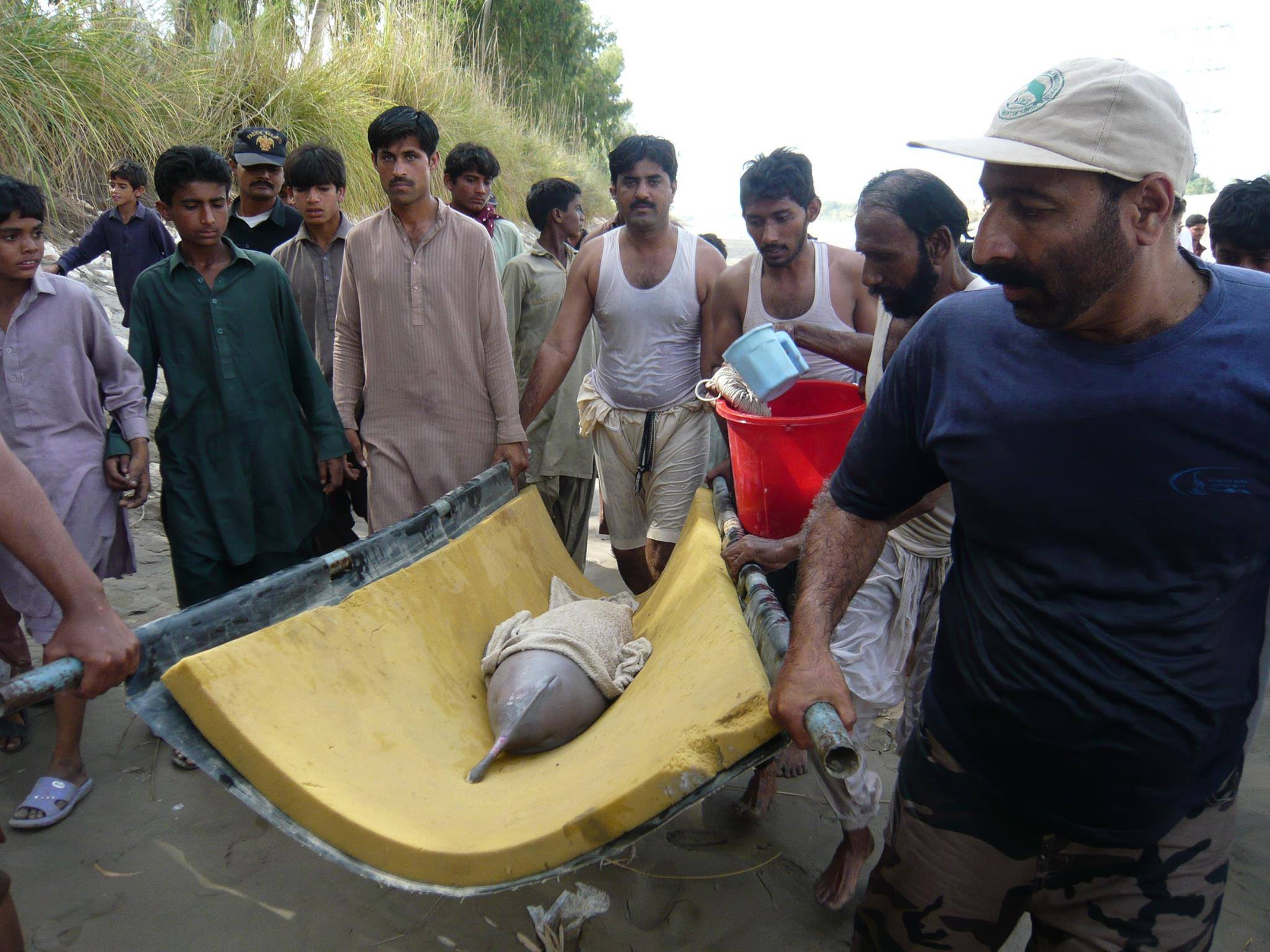 A joint trained rescue unit of Sindh Wildlife Department and WWF-Pakistan carries out these rescue operations. The stranded dolphins are carefully captured, placed on a stretcher, kept moist with water and wet towels, and translocate in a sound proof vehicle to be released in mainstream of the Indus River.

Since the 1990s, WWF-Pakistan and the SWD have successfully rescued a total of 116 dolphins.