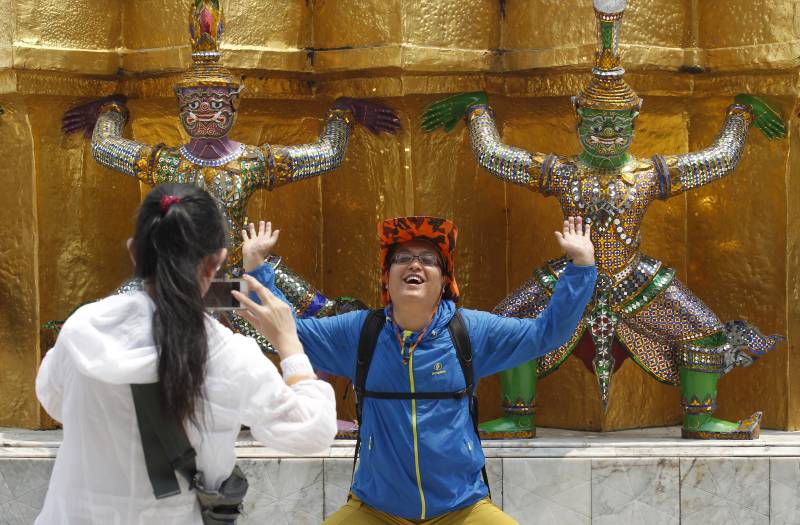 BEIJING (Reuters) - China will keep records of "uncivilised" behaviour by its tourists for up to two years, the country's tourism agency has said, to combat a spate of incidents abroad in recent years which it said reflected badly on the country's image.

"China's image has already been tarnished," the China National Tourism Administration said on its website.

The actions of badly behaved tourists has caused many people to "blush with shame" and people who behaved badly overseas needed to "learn a lesson", it added. It did not specify the nature of any punishment.

Regulators would hunt out bad behaviour through tips from local tourism bureaus, media reports and the general public.

In 2013, a Chinese student sparked an outcry in Egypt after scratching his name on the wall of an ancient temple in Luxor, while a mainland couple drew ire in Hong Kong for allowing their two-year-old child to defecate on a sidewalk.

Thai authorities issued thousands of Chinese-language etiquette manuals in February after Chinese tourists were caught drying underwear at a temple, kicking a bell at a sacred shrine and washing their feet in a public restroom.

Overseas travel has boomed in recent years among increasingly affluent Chinese, who have become the world's biggest spenders on travel since 2012, according to the UN World Tourism Organization.