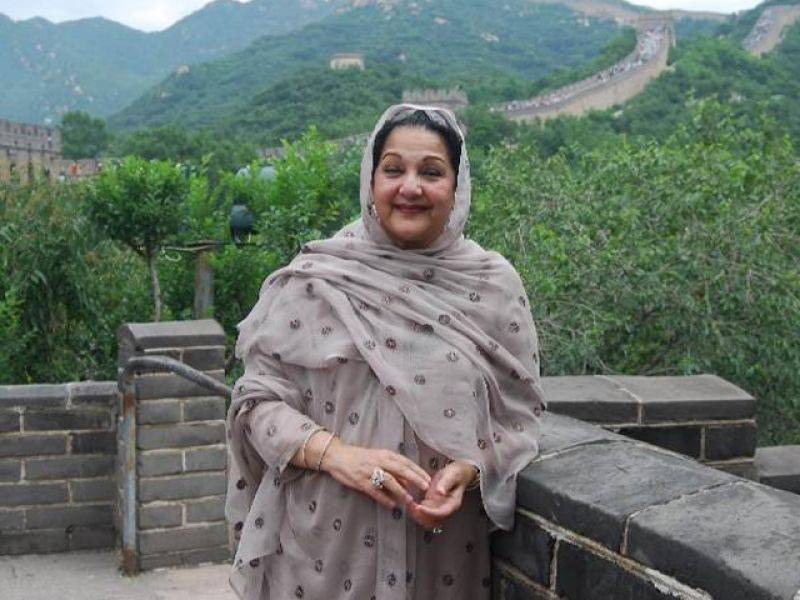 LAHORE - Former first lady, Begum Kalsoom Nawaz has said that she is ready to take part in by-election of NA-120 if she is nominated as candidate for the constituency.

According to Daily Jang newspaper, the wife of former prime minister Nawaz Sharif, said that she had focused all her energies for this purpose.

Kalsoom said that she has a long-standing relationship with the voters of her hometown and trusts that the people love her.

It is important to mention here that the constituency fell vacant after Supreme Court disqualified Nawaz Sharif for being dishonest on not disclosing his job with Capital FZE in the nomination papers for 2013 election.

Replying to a question regarding the selection of the candidate, Kalsoom said that Nawaz Sharif will decide about it.

The newspaper claimed that nomination papers of Kalsoom Nawaz and Maryam Nawaz have been prepared. The papers of the selected candidate will be filed with the Election Commission of Pakistan (ECP).

Earlier, reports about Punjab Chief Minister Shehbaz Sharif being a strong candidate for the premiership were circulating in the media, but there was no official announcement in this regard. The PML-N is yet to decide about the candidate.

The ECP has also announced its schedule for holding elections in the area. The by-polls will be held on September 20.

On the other hand, PTI has nominated Yasmin Rashid to contest the elections.