Economic stability only way to peace in Afghanistan: Sushma Swaraj 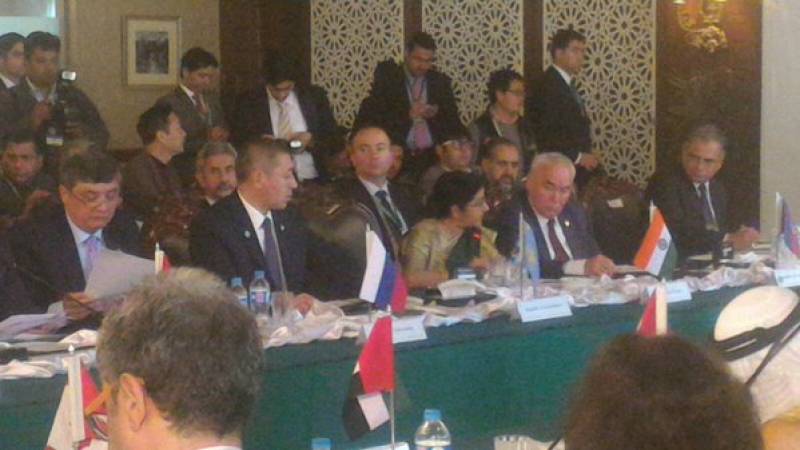 ISLAMABAD (Staff Report) - Indian Foreign Minister Sushma Swaraj Wednesday said that economic stabilisation is the only forward to long term peace in war-torn Afghanistan which has witnessed the worst form of terrorism in the last decade.

Addressing the inaugural session of 5th Heart of Asia-Istanbul Process ministerial conference in Islamabad, Swaraj called the regional countries including Pakistan to show political maturity in resolving the regional conflicts and enduring peace.

"Let  me take the opportunity to extend hand to Pakistan as well. It is the time when we show political maturity and self-confidence to do business with each other," Indian Foreign Minister added.

She went on to say that India considers ties with Afghanistan highly significant and is ready to play role in stabilisation of the country.

We salute the Afghan people and forces who are lonely fighting for peace and stregthening democracy in their country, Sushma Swaraj said.

She further urged regional countries to play their role in economic stability of Afghanistan while informing the participants that India was cooperating Afghan government in transportation locqal items to other countries.

On the occasion she also invited the member states to attend the sixth Heart of Asia-Istanbul Process ministerial meeting in India which is scheduled in 2016.