Over 300 militants surrender in Quetta 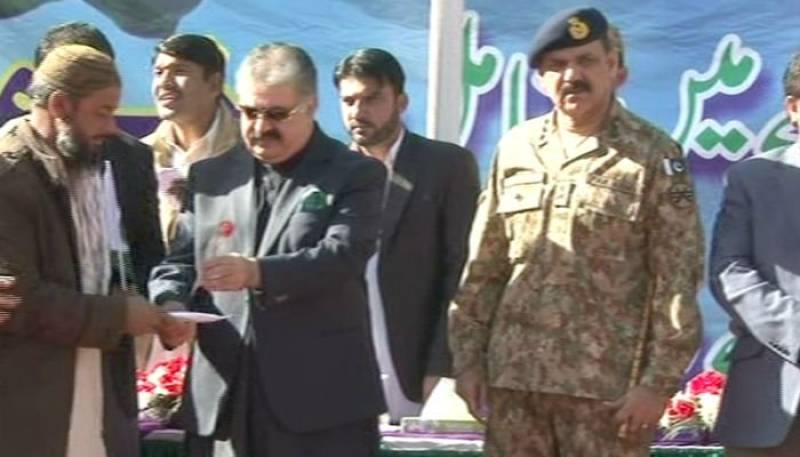 QUETTA - As many as 313 militants, including 17 commanders, belonging to differed outlawed groups on Saturday surrendered to the authorities in Quetta amid ongoing military operation, Raddul Fassad.

The militants surrendered their arms during a ceremony held at Balochistan Assembly by the government officials. All the persons also pledged faithfulness to the nation.

On August 31, twelve Baloch Republican Army (BRA) terrorist surrendered to security forces at Noshki in Balochistan along with weapons and ammunition.

On Aug 18, around 22 insurgents surrendered to security forces during a ceremony held at Frontier Corps (FC) Madadgar Headquarters in Quetta.

In February, a key commander of the banned militant group, Kafeel Mengal along with his 14 accomplices surrendered to the security forces.