The PML-N leader hosted a party on behalf of his party in the honour of new office bearers of PMF at a local in Riyadh on Friday.

He said, "We are proud of PMF and highly appreciate their contributions for the community and we assured them every support", Dr Saeed stated.

Zaka Ullah Mohsin, the newly elected president of PMF said, "Our forum is well established with a dedicated and talented media professionals and journalists representing the mainstream Pakistani and Saudi Media channels, newspapers and magazines. We cater nearly 2.7 millions of Pakistani diaspora in the Kingdom of Saudi Arabia. One of our mission is to play a positive role in strengthening the Pak-Saudi brotherly relations and to project the soft image of Pakistan to the world," Zaka said. 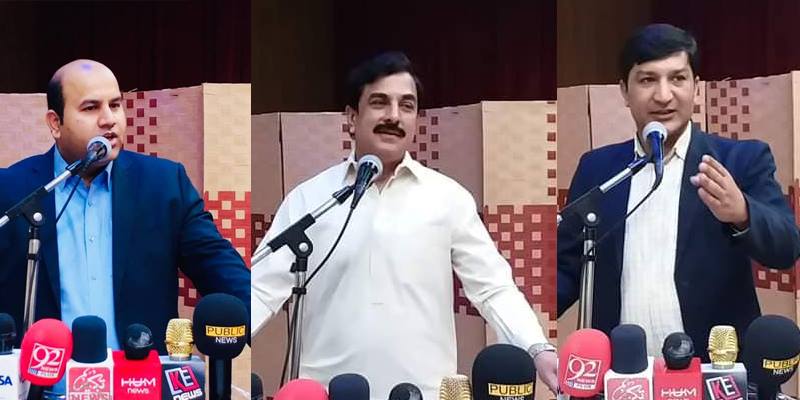 Ilyas Rahim, Chairman PMF reaffirmed the commitment of their forum and assured to serve even better than before, "We are committed to serving Pakistani community with the true and positive media impact. We value the valuable support of our community. At PMF, print, social and electronic media platform is available for the community," he said.

The reception formally began with the recitation of the Holy Quran by Shah Wazir followed with a Naat by Zakaullah Mohsin. The program was ably conducted by Dr Saeed Ahmed Waince, President PML-N, Riyadh region.