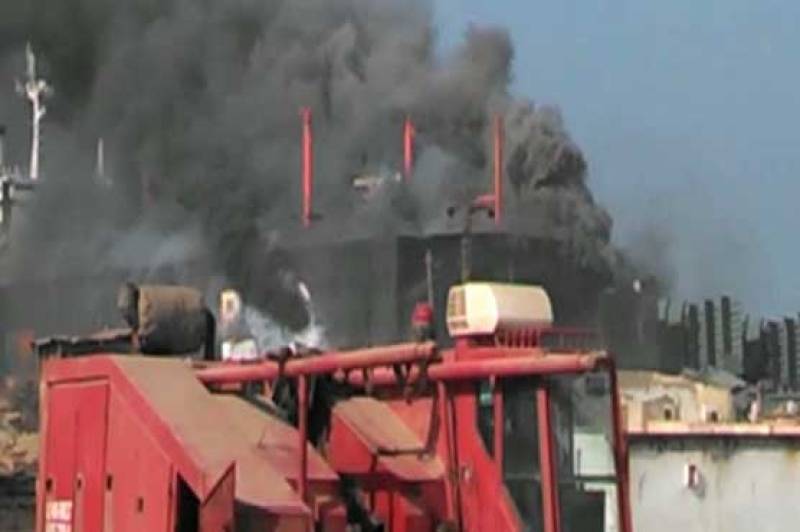 KARACHI - At least five workers were killed and some were missing after a fire erupted at a ship at Gadani ship-breaking yard on Monday.

According to rescue sources, more than 50 workers were working on the ship when it caught fire. The fire has now been extinguished.

Rescue sources added that most of the workers have been evacuated from the ship, while the bodies of the victims have been transferred to Civil Hospital Gadani.

It may be mentioned here that the same ship had caught fire some weeks ago as well. However, the fire had been extinguished without any loss of life reported.