Three killed as another Indian army camp attacked in IOK 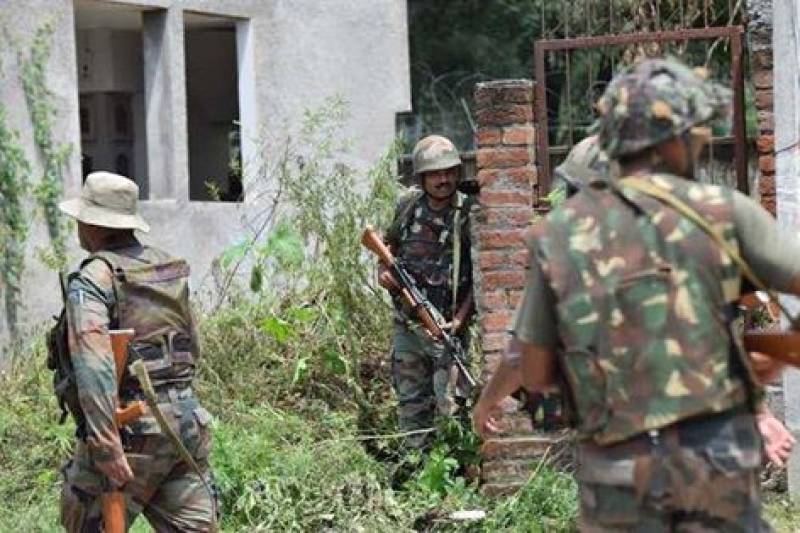 ISLAMABAD - As many as three people were killed in an attack on a camp of Indian army's General Reserve Engineer Force (GREF) in India-occupied Kashmir on Monday morning.

According to Indian media, two or three militants first lobbed grenades at the camp, situated in Battal village of Jourian near the Line of Control (LoC), and then opened fire, killing three civilians.

The civilians killed in the attack were labourers, the report quoted Indian Defence PRO Manish Mehta as saying.

The area was cordoned off soon after the firing stopped and search operation was launched. Educational institutes in the area were closed for the day.

There has been a surge in attacks on Indian army camps particularly along the Line of Control.

In November last year, seven Indian soldiers were killed when militants attacked a major army base at Nagrota near the LoC.

The burgeoning reports of violence follow the September Uri attack, in which 19 Indian soldiers were killed.

Tensions between two nuclear-armed neighbours frayed in the aftermath of Uri attack as India pointed fingers at Pakistan for the attack however, Pakistan refuted the allegations.

What added fuel to the fire was Indian aggression on Line of Control and claims of conducting a surgical strike inside Pakistan.