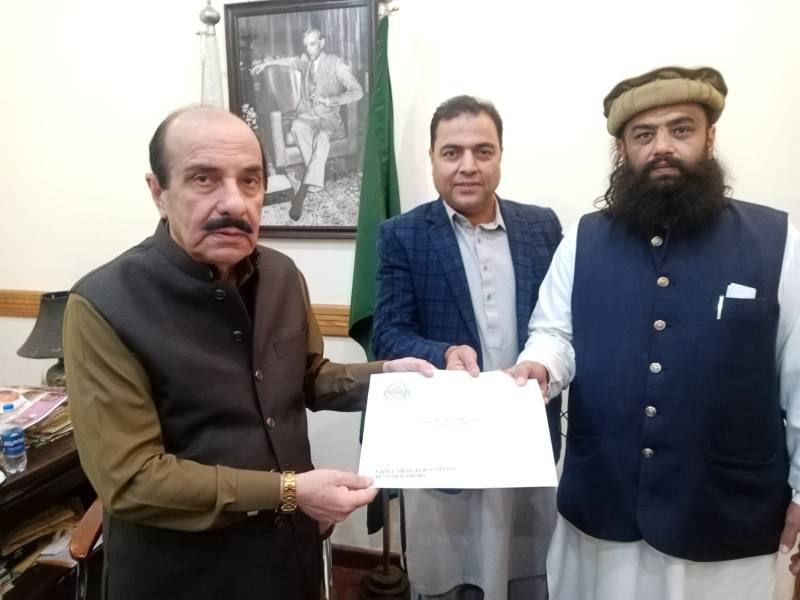 According to a notification issued by the chief minister's office on December 20, 2022, Mr Hamza, a well-known social worker and political activist in the city's Gulberg vicinity, has been appointed as the Chairman of PFC, a subsidiary of the Youth Affairs & Sports Culture Department, Lahore District.

It is worth mentioning that the post of PFC Chairman was created on the directive of the Punjab Chief Minister Pervaiz Elahi to facilitate the general people seeking services from the government.

The voice chairman of the committee and other members of the PFC Committee shall be appointed separately, the notification said. 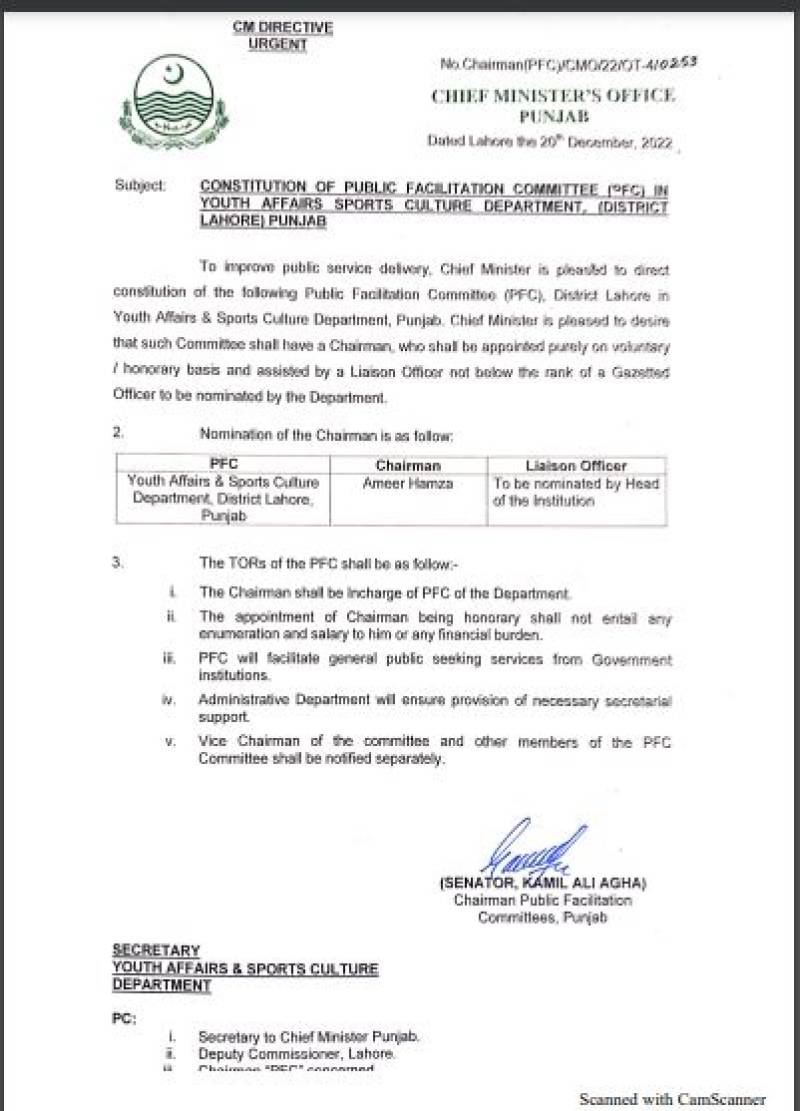 Senator Kamal Ali Agha, the Chairman Punjab Facilitation Committee, Punjab, praised and hoped that the new PFC chairman would focus on resolving the problems of local people which have been prevailing in recent times and would ensure harmony and better relationships with the provincial government and provincial institutions.

Moreover, representatives of various academic institutes and social societies hailed the appointment of Amer Hamza. They assured cooperation for bringing about positive reforms in the social and political sectors after a review of the issues and challenges being faced by the general masses during the last year.