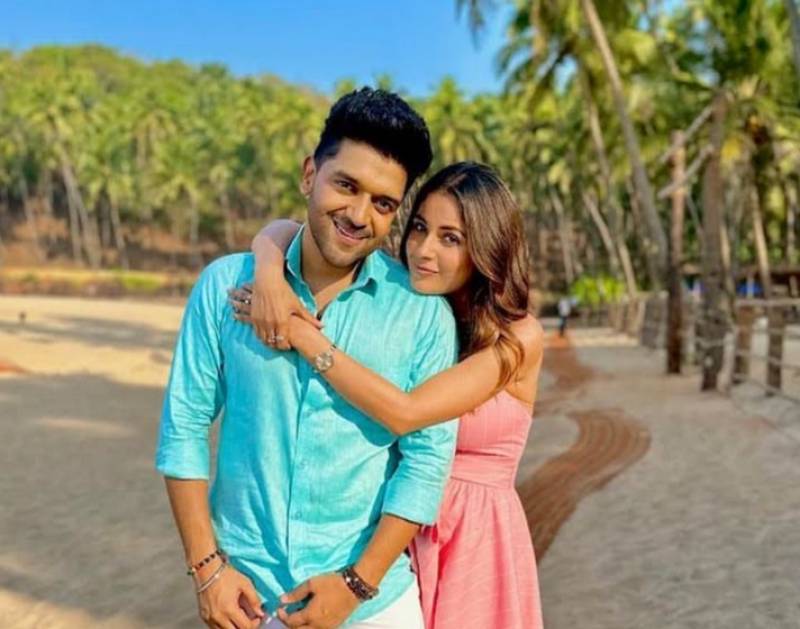 'Bigg Boss 13' fame Shehnaaz Gill has been keeping her massive fan following fixated on her escapades for quite some time now.

Be it her song reels or singing videos, travel hikes, fashion photoshoots, and on-point humour, netizens are always in awe of her charming persona.

This time around, Gill, will soon be seen with Guru Randhawa in the music video for Moon Rise, had a great time shooting for the song, and many videos from the shoot suggest the same.

Spreading like wildfire, the video uploaded by T-series and shows Shehnaaz and Guru shooting at a beach and bursting into laughter over their antics. “Guess who just had a great fall? It was crazy on the sets of #MoonRise from #ManOfTheMoon. Moon is rising on 10th January 2023. Stay tuned.”

Needless to say, fans have fallen head over heels for the couple's sizzling chemistry and made sure to shower compliments on the duo.

As for upcoming projects, Shehnaaz will also be seen in a music video titled Moon Rise with singer Guru Randhawa. The music video is all set to release on January 10.

Besides this, Gill is all set to make her Bollywood debut with Salman Khan's film Kisi Ka Bhai Kisi Ki Jaan. The film, directed by Farhad Samji, is set to release in 2023.