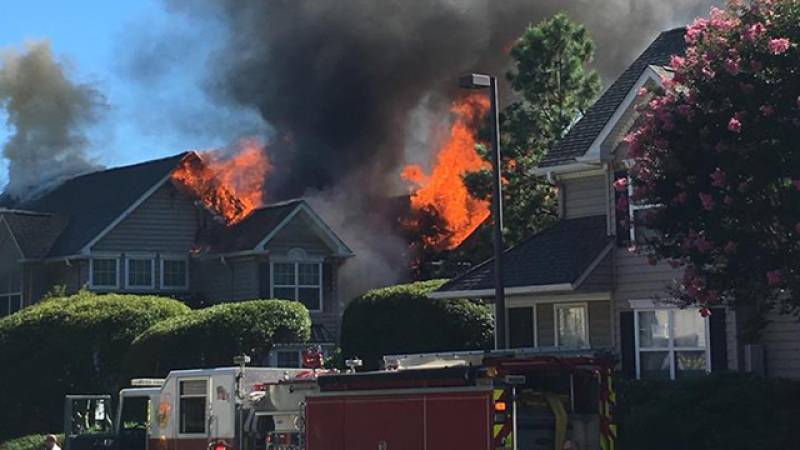 RICHMOND - A 91-year-old woman was killed after a helicopter crashed into her house in US state of Virginia on Monday.

Jean Lonchak Danylock died after the aircraft hit her block of flats, The Independent reported.

“The Williamsburg Fire Department worked through the night to put out the fire and hot spots within the structure,” the Virginia police said in a statement.

The Federal Aviation Administration (FAA) and National Transportation Safety Board (NTSB) were investigating the cause of the crash and working to confirm the identity of the pilot, who was the only person in the helicopter when it crashed.

A R44 helicopter with only the pilot on board crashed into a townhouse complex in Williamsburg, VA at about 5 pm ET on July 8. Local authorities will release information about the victims. The FAA is investigating and the @NTSB will determine the probable cause of the accident.

Photos shared by the Virginia State police department showed extensive damage to the residential structure, with the worst of the destruction occurring on the second floor.

The aircraft was an R44 helicopter, according to the FAA, which tweeted updates about the crash over the weekend.

The NTSB will announce the probable cause of the crash after conducting its investigation.