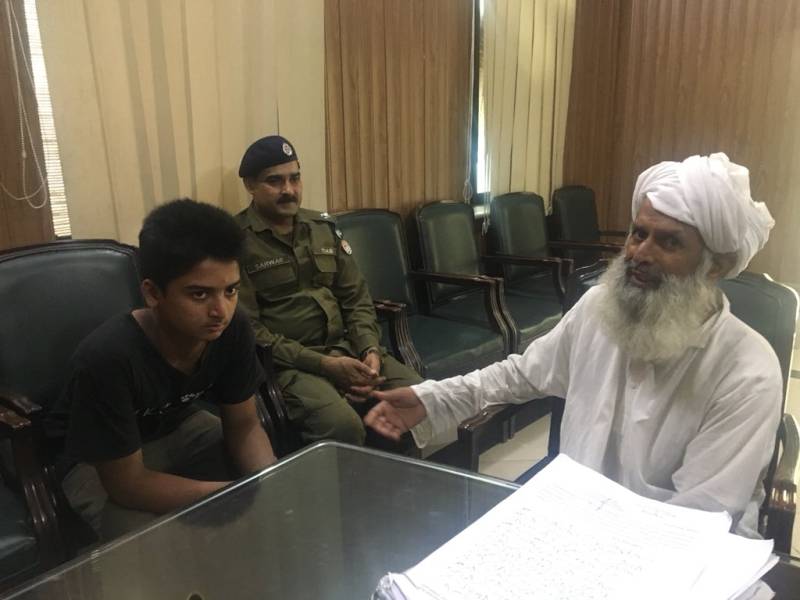 SHEIKHUPURA - In a show of matchless brilliance, the Punjab police has solved a mysterious kidnap case where the parents of a 13-year-old boy faked his abduction and pressurized the investigators.

Dilawar, ran away with a friend aged 29 to Karachi following which his parents registered an FIR relating to abduction/kidnapping with local police, nominating 5 people.

Interestingly, when the police started investigations, it emerged that 4 of the nominees had nothing to do with the case as they owned the factory where the child & his friend worked.

The parents, who kept protesting outside the police headquarter knew about the friendship of their son with the Karachi-based man but didn’t tell police anything about it.

He explained on Twitter that the IO was perfectly investigating the case, as he used state of the art techniques including CDRs, geofencing & raided linkers houses in Muree, Sialkot, Multan but couldn’t get any clue.

However, finally one day the IMEI was active in Karachi. The IO started contacting Sindh Police & sought their help following which raids were conducted and when the boy and his friend came to know about all these happenings, the boy came back to Sheikhpura and reported in the police station.

Decrying the motives of the couple, the police officer expressed that they had maligned the IO for nothing, sharing that it took the police 3 months to trace everything they had been hiding.

'The parents did all this just to put the blame on someone else & hide the shame and embarrassment Dilawar was perceived to have brought upon his family,' concluded the officer.