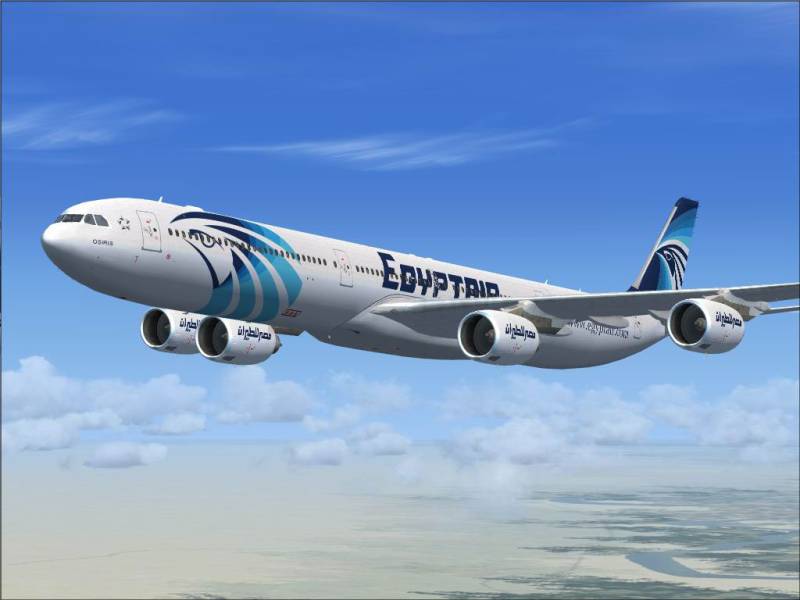 CAIRO (Web Desk) - The hijacker of an EgyptAir airliner surrendered to authorities at Larnaca airport in Cyprus on Tuesday, Cypriot authorities said.

The hijacker emerged from the aircraft with his hands in the air, state TV said.

An Egyptian flight, MS 181, travelling from Alexandria to Cairo was hijacked on Tuesday, the airline's spokeswoman said.

The hijacker asked for the flight to land in Cyprus, said the spokeswoman, who asked not to be identified in line with company policy. The island's state broadcaster later reported that the plane landed at Larnaca airport.

According to CNN Greece, the A320 aircraft had taken off from Alexandria at 8 am local time with 62 passengers aboard.
"Bomb suspected on board of hijacked EgyptAir flight", the airport spokesman confirmed at Twitter. "Negotiations are underway with the hijackers",  airline's spokeswoman added.

This is end of live updates, as negotiations are underway with the hijacker. We will update as soon as the matter is resolved. 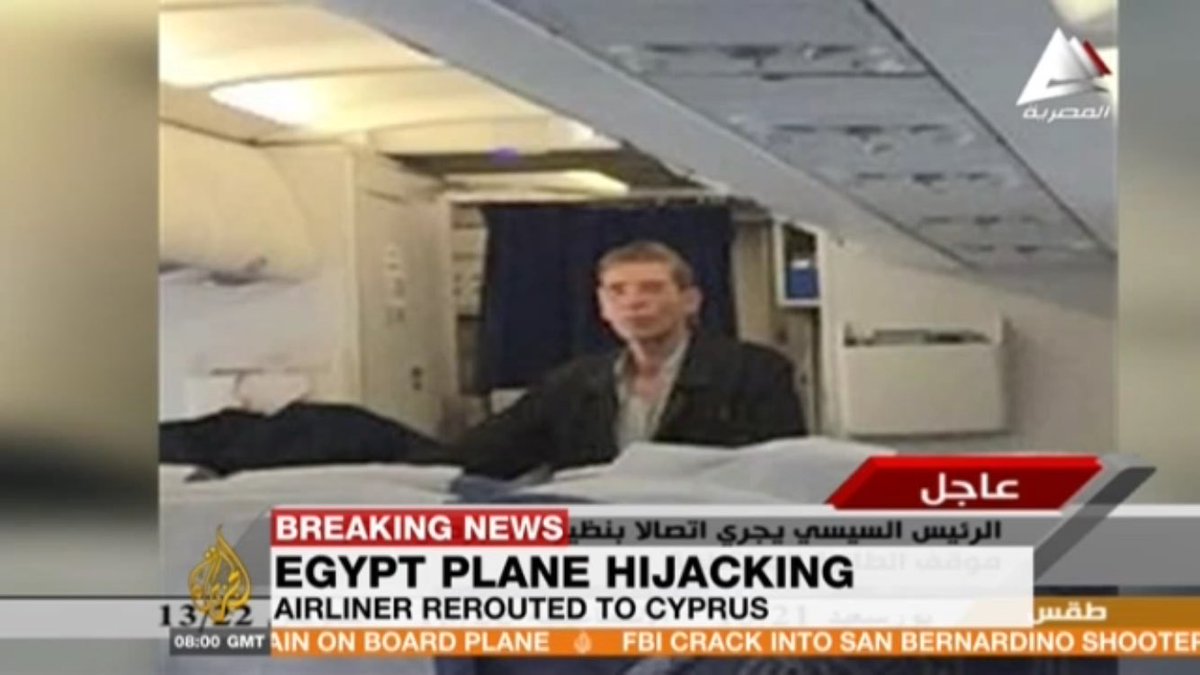 The plane hijacker has now placed another demand of political asylum before the officials.

Several media sources have named the hijacker Ibrahim Samaha. He is said to be a citizen of Lebanon.

The international airline monitor, AirLive, has claimed that the hijacker wants to send 4 pages written in Arabic to a woman living in Cyprus.

According to EgyptAir spokesman only four foreigner and crew members -said to be seven- are now inside the hijacked plane.

Media reports say that fighter jets can be seen patrolling above the Cyprus airport where the hijacked plane has landed. Negotiation still underway with the hijacker, while no demands still made public.

The hijacker has allowed all passengers to leave the aircraft except the cabin crew and five foreigner, who are said to be British and US national. 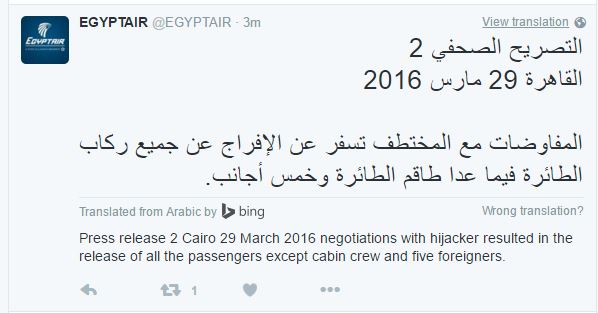 BREAKING Airbus A320-20 flight #MS181 from Cairo has been hijacked https://t.co/tqFPgUKUbI pic.twitter.com/1vcw3qpSMX