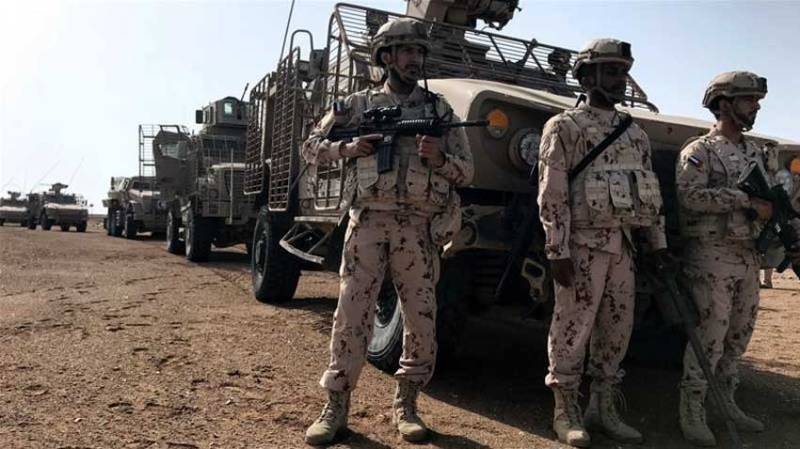 ABU DHABI – The United Arab Emirates has announced that it will reduce its troop presence throughout war-torn Yemen, moving from a military-first to a peace-first strategy.

UAE officials said the Gulf state pulled out some of its forces from areas including the southern port of Aden and the western coast.

They said troops' movements in other areas of Yemen are tactical and based on our needs.

On the other hand, the Saudi-led coalition forces said Tuesday they intercepted and destroyed a drone launched by Yemen’s Houthi rebels towards Saudi Arabia targeting civilian installations.

In a statement, the spokesman of the coalition forces Colonel Turki al-Maliki said that the Houthi rebels continue to launch drones to carry out hostile and terrorist acts by targeting civilians and civilian installations the Houthi rebels have claimed that they had targeted airport in Abha city in Saudi Arabia.

Yemen's latest conflict broke out in late 2014 when the Houthis, allied with forces loyal to former President Ali Abdullah Saleh, seized much of the country, including the capital, Sanaa.

The war escalated in March 2015 when the Saudi-UAE-led coalition launched a ferocious air campaign against the rebels in a bid to restore the internationally recognised government of President Abd-Rabbu Mansour Hadi.

Since then, tens of thousands of civilians and combatants have been killed and as many as 85,000 children may have starved to death.