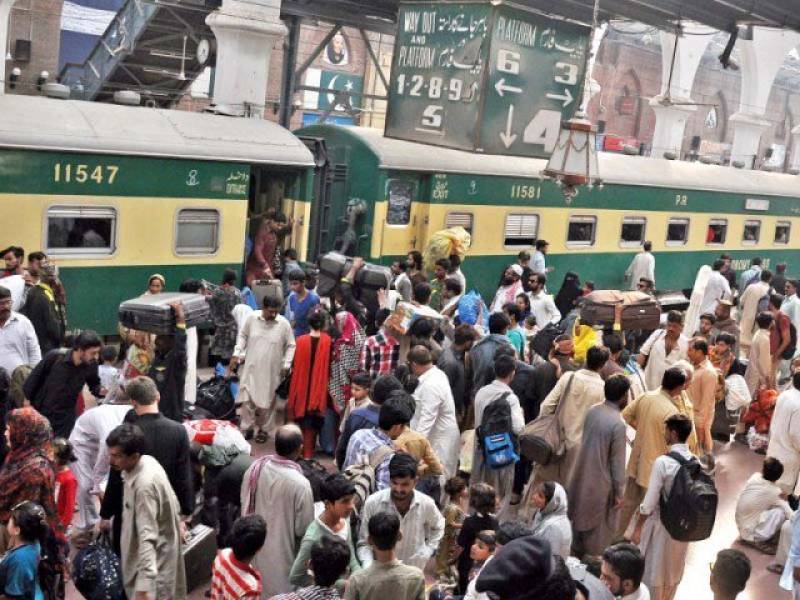 The eight-day operation will start from June 12 and passengers will be able to get 30 per cent discount on fares.

Additionally, extra coaches will also be attached to other trains to accommodate maximum passengers.

The first special Eid train will depart at 11 am from Karachi city on June 12 and it will pass through Khanewal, Faisalabad, Sargodha, Lala Musa, Malikwal, Rawalpindi and Attock City. It will reach Peshawar Cantt on the next day at 10 pm.

The second train will depart from Quetta on June 12 at 11.30am. It will cross Jacobabad, Multan Cantt, Khanewal and Lahore and reach Rawalpindi next day at 8 pm.

The third train will depart from Karachi Cantt on June 13 at 11 am. It will cross Rahim Yar Khan, Khanewal and Faisalabad and will arrive at Lahore at 10 am on the next day.

The fourth train will depart on June 14 from Rawalpindi at 7 am via Attock City, Dao Khail, Kot Addu and Muzaffargarh and it will reach Multan Cantt on the same night at 10.30pm.

The fifth train will depart from Multan Cantt on June 19 at 7 am via Kot Addu, Dao Khail and Attock city for Rawalpindi and it will reach its destination on the same night at 10.15pm.