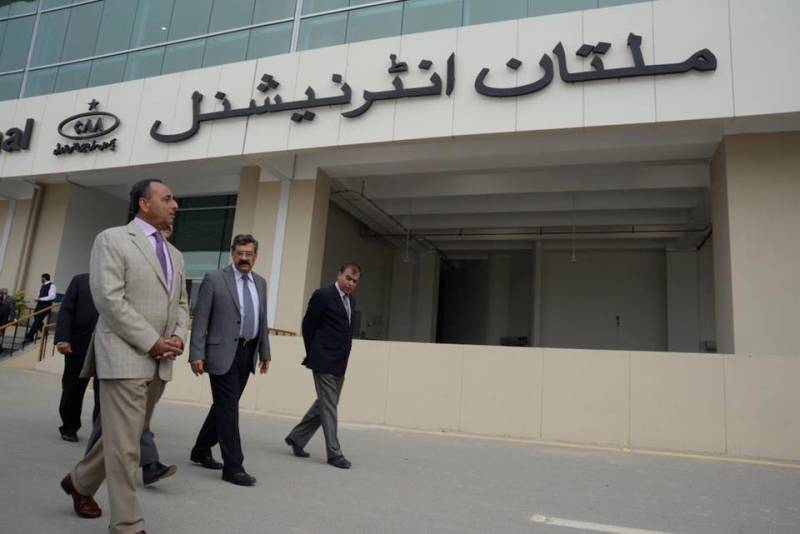 As per reports, the project was initiated to expand the existing airport so that wide-bodied aircraft could land and take off for direct international passenger and cargo flights.

International cargo flights from Multan will boost the exports of fruits, particularly mango.

A cargo complex has also been built having storage capacity of 10,000 tons and preservation of perishable vegetables and fruits.

Civil Aviation Authority officials say a number of international airlines have applied for operating direct flights to and from Multan.

The project has been completed at a cost of 9 billion rupees.

Moreover, The PM while addressing the ceremony informed that government had allocated fifty five billion rupees last year for Lahore-Karachi motorway project. Land acquisition process for the project is in full swing.

Referring to development projects in Multan, Nawaz said several projects worth twenty nine billion rupees were started in the city.

We have decided to launch mega projects in Multan city particularly in the fields of education and health.

He said the construction of international airport in Multan will enhance the area's exports to the outside world especially those of mangoes and textiles.

He said a plan has been envisaged to construct 32 kilometre intra-city ring road in Multan. Federal government will provide funds for this project.

Turning to the issue of power shortage, Nawaz said ten thousand megawatt of additional electricity will be added to the national grid by the end of 2017. This will end gap between demand and supply, end load shedding and electricity will be available for new development projects.

He said it is our utmost effort to produce cheap electricity and for this purpose we are exploiting all resources including coal, LNG, hydel, wing and solar.

He said we had never promised to end the power outages in three or six months but before the end of our term.