Violation of borders by any neighbour will not be tolerated: Sartaj Aziz 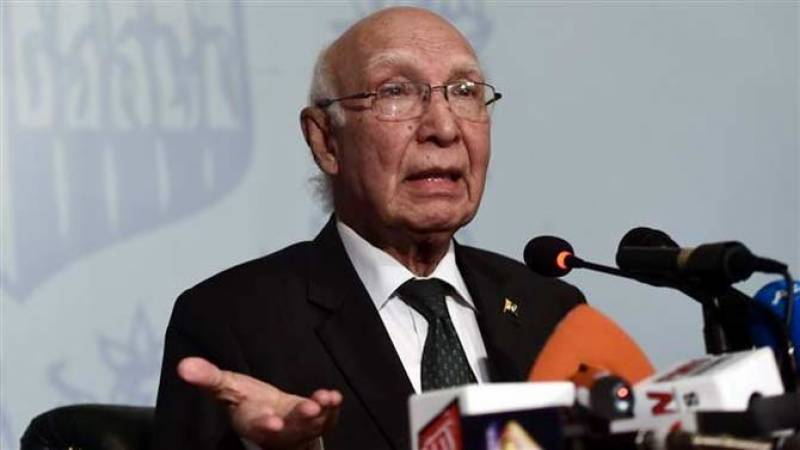 ISLAMABAD - Advisor to the Prime Minister on Foreign Affairs Sartaj Aziz has said that Pakistan was following its vision of maintaining amicable relations with all its neighbours.
Sartaj however made it clear that any violation of the country's borders will not be tolerated and a befitting response will be given if any one breaches the rules.

The adviser stressed the need of bilateral dialogue between Pakistan and Afghanistan to settle disputes.

Currently, the relations of Pakistan with neighbouring countries, especially Afghanistan and Indian are not at a peaceful level.

The bilateral ties with Afghanistan deteriorating after a recent unprovoked attack by Afghan forces on census teams at Chaman border on May 5 in which more than 10 people were martyred.

He added, however, that “we are not happy over their losses since they are our Muslim brothers”.

On the other hand, Indian forces  have continued their unprovoked firing at the innocent citizens of Kashmir, and continue to carry out brutal attacks in occupied Kashmir.