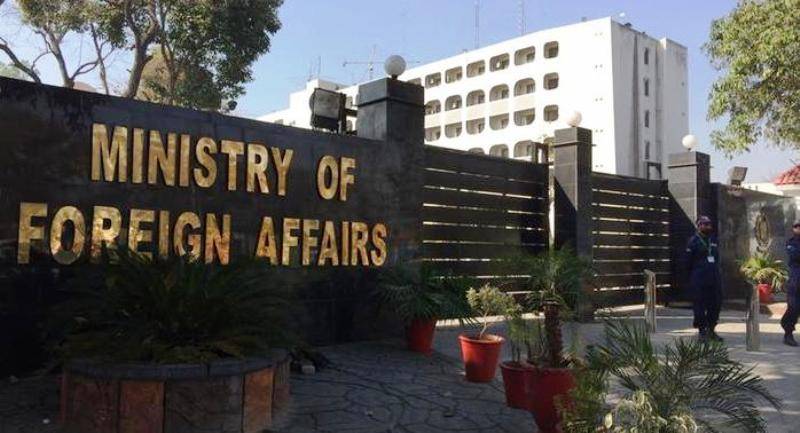 ISLAMABAD - Pakistan has said US President Donald Trump's decision to withdraw from Iran nuclear deal will undermine confidence in the value of dialogue and diplomacy in the conduct of international relations and the peaceful resolution of disputes.

“Pakistan believes that the Joint Comprehensive Plan of Action (JCPOA) represents a very good example of a negotiated settlement of complex issues, through dialogue and diplomacy,” said a foreign ministry statement issued in Islamabad on Wednesday.

“We (Pakistan) had welcomed the JCPOA when it was concluded and hope that all parties would find a way for its continuation, especially when the International Atomic Energy Agency (IAEA) has repeatedly verified Iran’s compliance.

“We have noted the willingness of the parties to the Agreement to work together on upholding their respective commitments as stipulated in the JCPOA, despite the US decision to withdraw from it,” the statement further said.

'Death to America': Iranian politicians set fire to US flag in parliament

It said Pakistan believes that International Treaties and Agreements concluded through painstaking negotiations are sacrosanct.

“Arbitrarily rescinding such agreements will undermine confidence in the value of dialogue and diplomacy in the conduct of international relations and the peaceful resolution of disputes,” said the statement.

Trump announced on Tuesday that Washington would pull out of Iran nuclear deal and reinstate nuclear sanctions on Iran.

This is while most world powers, including Russia, China, and the European Union have repeatedly stressed that keeping the deal is in the interest of world peace and security.

Minutes after the US withdrawal from Iran nuclear deal, President Hassan Rouhani said from now on, the deal is an agreement between Iran and five countries.