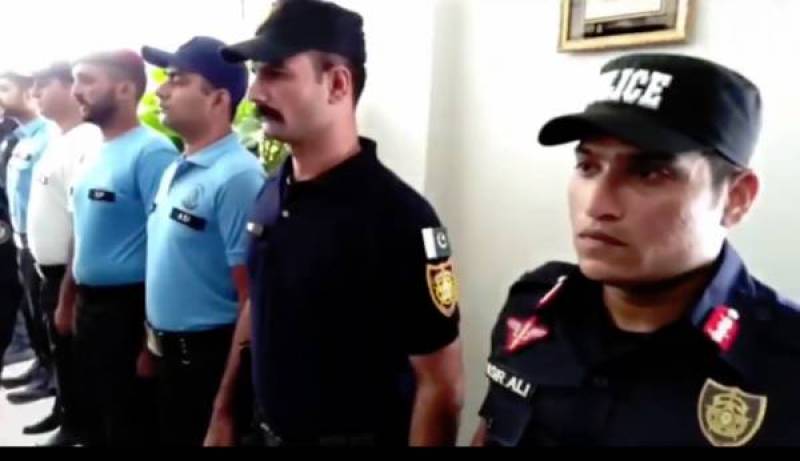 KARACHI - Sindh Police has decided to change the uniform of force while preparations for the new makeover are in the full swing, local media reported.

The police officials put on the samples of the uniform which were later examined by the IG, while the final decision in this regard will be made after consultation.

Earlier, Punjab Police personnel got a makeover in April last year with new olive green uniforms as the traditional black and khaki colour was replaced.

LAHORE: Punjab Police personnel get a makeover on Monday with new olive green uniforms as the traditional black and ...

Former Punjab Inspector General of Police Arif Nawaz Khan had issued orders to change the pattern, cap, and badges of ranks of the new olive green uniform of Punjab Police, according to a recent notification – Amendment in Punjab Police Dress Regulations 2017.