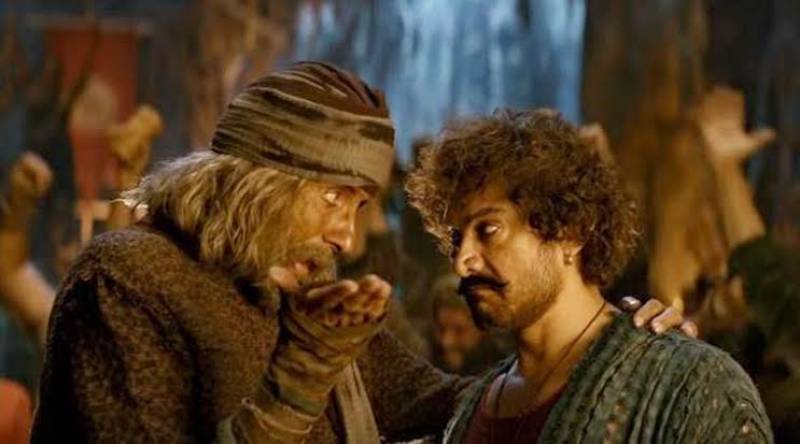 Aamir Khan is known for his perfection and good films however the most anticipated film ‘Thugs of Hindostan’ is being dissed by internet for being one of the worst Bollywood films ever. People are quite disappointed as actor Khan has given blockbusters ‘Lagaan’ and ‘Rang De Basanti’ in past. People are pointing out the similarities the film has with Hollywood’s ‘Pirates of The Caribbean’.

The reviews which have come out doesn’t seem to be very promising. It got so bad that people are actually starting to troll the movie which is putting off further viewership.

The internet meltdown is now forcing people to cancel their plans for watching the film:

After Surviving Thugs Of Hindostan pic.twitter.com/wRJhnQa5fL

Standup comedian Atul Khatri explained how he’d like to be thrown out of the film:

People even labeled it as the most boring film:

#ThugsOfHindostan One of the most boring films of 2018! Duration of 2 hr 44 mins and ZERO entertainment. What a royal waste of money and resources.
BIG Disappointment!! 👎 pic.twitter.com/gDJIQjQgR5

People are now targeting Aamir Khan for this boring film:

If you are planning to watch this film know this that even people in India don’t want to watch it anymore. According to Times Now Thugs of Hindostan show has been canceled in Pune after Audience got really angry. We surely were expecting more from Aamir Khan however he failed to entertain us this once. Despite the really bad reviews the movie opened up with a smashing number of 52 Crores.