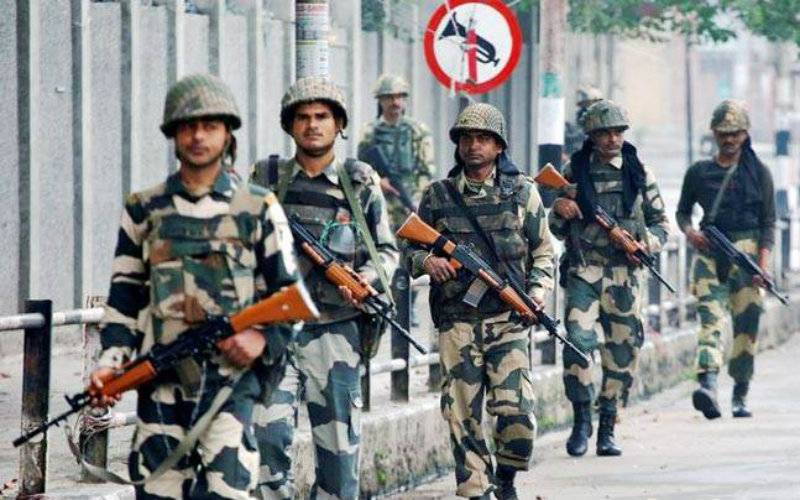 SRINAGAR - In a clear sign of an expanded role for the India occupation forces in restive south Kashmir, hundreds more soldiers will be deployed in rural areas of the held valley that has been rocked by protests for last 63 days.

The Indian media reported on Friday that new deployment suggests redefined role for army in Kashmir.

The new goal is “to reclaim state authority in rural areas of South Kashmir”, the NDTV reported citing military sources.

The valley of Kashmir has witnessed violent protests since the killing of freedom fighter Burhan Wani two months ago, and the extra presence of the Army is meant to "send a signal'' to protesters through ''area domination'' and ''enhanced patrolling".

The aim is also to simultaneously step up patrols against insurgents.

At the same time, the occupation army is absolutely clear that it is not equipped to deal with mobs and protests, since its soldiers carry automatic weapons and are trained to shoot to kill. "Therefore, basic policing responsibilities will remain with the Jammu and Kashmir Police and the paramilitary Central Reserve Police Force or CRPF who use non-lethal weaponry to control violent crowds."

The Indian army chief, General DS Suhag who is in Kashmir today, visited Indian Army formations along the Line of Control. 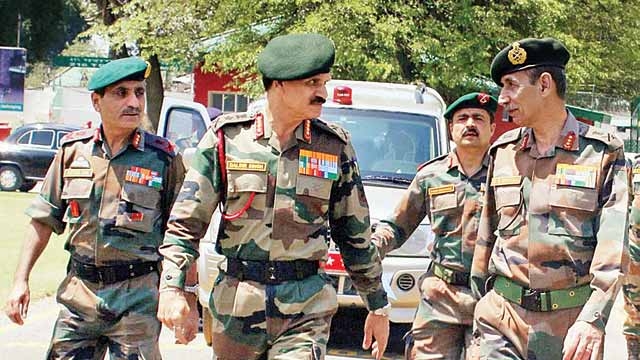 He was briefed by senior army officers and local formation commanders.

He will call on Jammu and Kashmir Governor N N Vohra later before heading back to Delhi.

Over 70 people have died and nearly 10,000 have been injured, many of them security personnel, in the clashes that have followed the death of Burhan Wani on July 8.

Curfew was re-imposed on Friday in many parts of Kashmir for maintaining law and order.

Life remained hit for the 63rd consecutive day in the held valley where over 90 persons have died and several thousand others injured in the violence that erupted.

“Curfew has been imposed in many parts of Srinagar city and major towns of the Valley as a precautionary measure in view of apprehensions of violent protests after Friday prayers,” a police official said.

He said 14 police station areas of Srinagar - the summer capital of Jammu and Kashmir - and towns of Anantnag, Pulwama, Kulgam, Shopian, Pampore, Awantipora, Tral, Baramulla, Pattan and Palhallan have been placed under curfew.

There are restrictions on the movement and assembly of people in the rest of the valley.