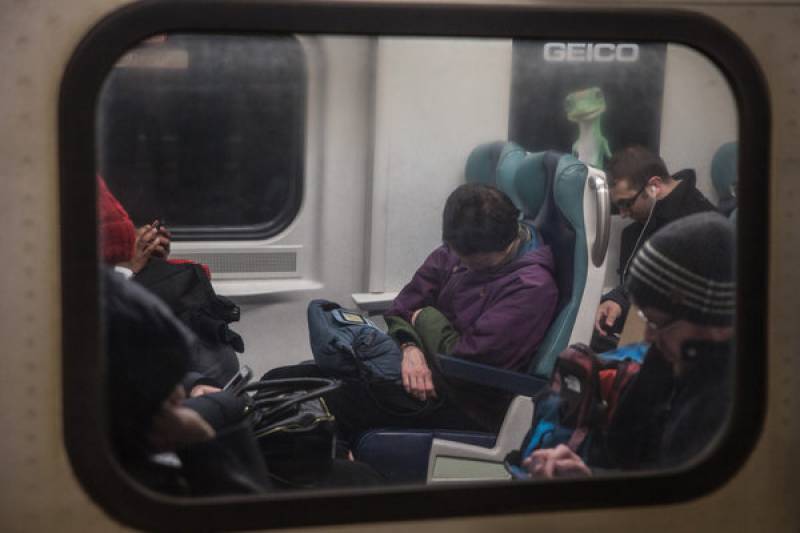 NEW YORK (Web Desk) -There could be many possible ways to make more money but getting a sound sleep at night would certainly not be on the list.

It turns out that, in general, the more money people make, the less they sleep. That’s been true for decades in the United States, and in other countries as well. On average, adults earning the highest incomes — around $98,000 for a family of four — sleep 40 minutes less than people in the lowest-income families. And among short sleepers — those who are in the bottom 10 percent of nightly rest — high-income people are overrepresented, according to the survey published by NY Times.

Sleeping too little is really bad for your health. Researchers have demonstrated that, for most people, sleeping less than six hours a night results in cognitive impairment. Poor sleep is also associated with a number of other health problems, and an increased risk of dying in a car accident.

In general, the factor that seems the most closely tied with how much sleep people get is how much they work. More hours of work tend to crowd out sleep. People who work two jobs sleep the least of anyone, according to a recent study, and are most likely to be in the bottom 10 percent of sleepers, sometimes called “short sleepers.”

Consider the Great Recession: Americans slept the most during 2009, 2010 and 2011, when unemployment was high. That probably wasn’t because stress was low or attitudes about sleep were healthier — it was because fewer people were working. Or this fact: Retired people sleep more than working age people, even though the biological need for sleep actually declines in old age.

“The major determinant of short sleep is actually work,” said Mathias Basner, a professor at the University of Pennsylvania’s medical school, who has studied short sleepers. “People who work a lot of hours, they are much more prone to be short sleepers.”

Other activities that appear to be disproportionately displacing the time of short sleepers: commuting, television watching at night and personal grooming in the morning, according to Mr. Basner’s work. If you’re trying to sleep more without cutting back on work hours, Mr. Basner recommends avoiding TV before bed, spending less time getting ready for work and living closer to your workplace.

All of the findings I’ve just described come from a survey called the American Time Use Survey. Government researchers ask a set of Americans to account for every minute of a single day, and the resulting answers give a portrait of how people spend their time. The same survey formed the basis of my colleague Josh Katz’s recent great chart on the daily activities of people who are not employed.

That the rich sleep less is the dominant theory. Yet a recent analysis from the Centers for Disease Control and Prevention seems to cut against these longstanding findings on sleep. In a chart published last week in the Morbidity and Mortality Weekly Report, researchers found that people earning less than the federal poverty level were more likely than any other income group to say they slept less than six hours. The striking chart prompted several news articles — and a tweet, from me — describing sleep as a “luxury good.”

That data came from a different survey, called the National Health Information Survey, which asked people to estimate how much sleep they get in an average weekday. And that methodology may help explain why it differs from so much of the existing literature. In the time-use survey data, people have to account for every minute of the previous day — meaning memory is fresh and everything has to add up. But in the N.H.I.S. survey, people just had to estimate an average, a method that is less likely to give an accurate result, several sleep experts said.

“There are much better data for the U.S. with which to do this,” said Daniel Hamermesh, a professor of economics at the University of Texas at Austin and the Royal Holloway University of London.

Mr. Hamermesh analyzed the most recent time-use data — not the N.H.I.S. data — and found a result that is nearly opposite of the one the C.D.C. found. Higher-income people slept less than the poor. And higher-income people were more likely to be among the group that slept the least.

Mr. Hamermesh has an economic theory about why the relationship between income and sleep appears to be so tight: The more you can earn, the more worthwhile it may seem to sacrifice sleep for work. (Though there are limits, of course, since sleep deprivation brings a productivity hit along with unpleasantness.)

Still, the C.D.C. study does raise some interesting questions about whether there are a substantial fraction of low-income Americans who are not getting enough sleep. People earning the lowest incomes are not all the same. Some work a lot of hours for low wages and stitch together multiple jobs; others may work only part-time or not at all. Those two groups of low-income people have very different sleep patterns.

We all may have to sleep on this before we get a firm conclusion. Asked to explain the divergent results, Lindsay Black, the C.D.C. researcher who published the recent chart, said that the answer is not clear. “His results are correct,” she said, referring to Mr. Hamermesh. “As are mine.”