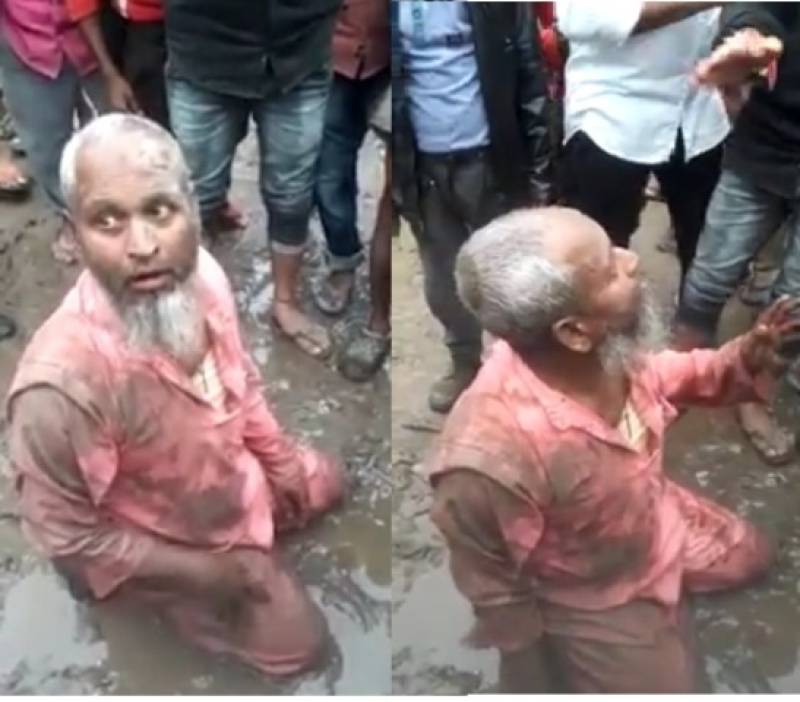 NEW DELHI - An elderly Muslim man was allegedly forced to eat pork by a group of  Hindus in India after the man was accused of selling beef.

The incident happened in the eastern state of Assam on Sunday and Shaukat Ali was roughed up in a market in Biswanath district.

In a video available on the internet,  the 68-year-old can be seen kneeling down and being attacked by a group of men implying the rising xenophobia in World's Biggest Democracy.

I know many people who feel they’re desensitized because of the number of lynchings in the last 5 years.

I am not, each video infuriates me & saddens me

It’s irrelevant that beef is legal in Assam, lynching an innocent old man is illegal in every part of India https://t.co/aqx8LqQjki

According to Biswanath district police superintendent Rakesh Roshan, police had registered a report after receiving a complaint from Ali that he was assaulted, called a Bangladeshi and forced to eat pork.

Police have begun an investigation into the incident and are on the lookout for the men seen in the video; the law enforcers have detained one individual as well.