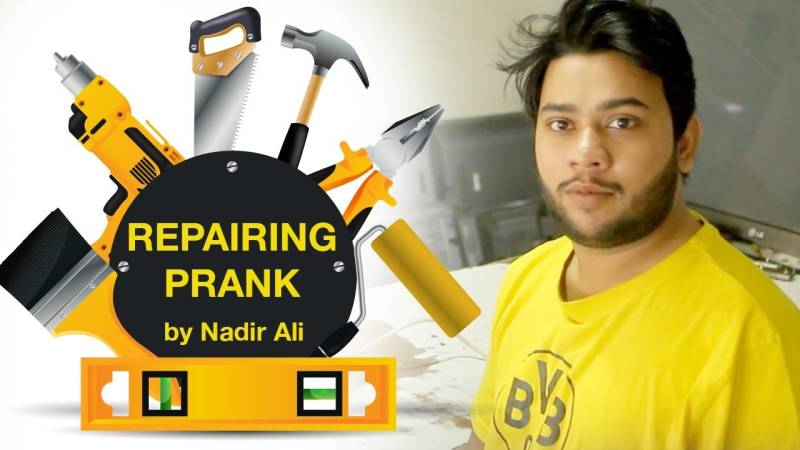 KARACHI - The Federal Board of Revenue (FBR) has sent an Rs13 million tax notice to Pakistani YouTuber Nadir Ali, who runs a channel called “P for Pakao”.

Nadir’s videos show him and his team pulling pranks on unsuspecting people and attract a lot of internet traffic. The combined views of his channel are over 820 million, making his channel one of the largest in the country.

According to a local news outlet, tax authorities suspected him of concealing his income and subsequently launched an investigation against him, and their suspicions were confirmed when they contacted YouTube to learn about his actual income.

Reportedly, Nadir received more than Rs10 million of foreign exchange during the year on which exemption was claimed without furnishing proof to the tax department and at the same time, he maintained a bank account, which he did not declare in the wealth statement.

The report also quoted tax officials as saying that the YouTuber was served a number of notices during the course of the investigation but he did not respond to any of them and now he has the option to appeal the order before the commission appeals in the RTO office in Karachi.

Nadir also spoke to the media outlet through his lawyer and denied having not responded to the FBR. “We received their notice and responded through in-person appearance and then applied for an extension in the time to file a response and our application was approved. We are working now to resolve this through all proper ­channels,” he added.