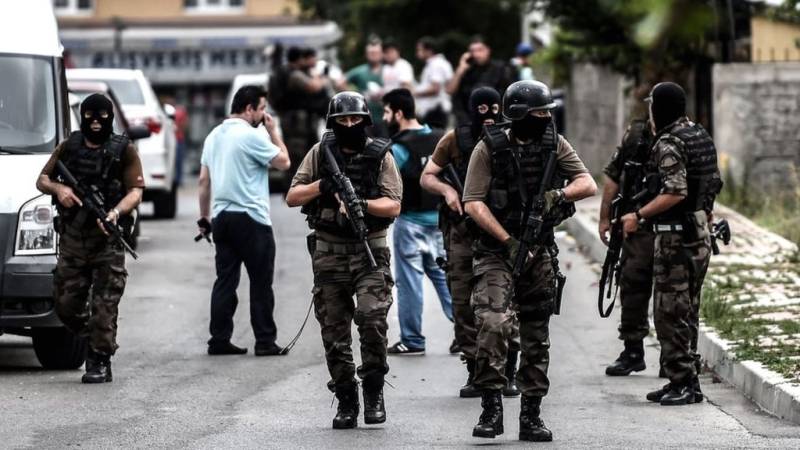 ANKARA (Web Desk) - Six members of the security forces have been killed in a series of attacks in Turkey amid rising tension between the government and Kurdish militants.

In Sirnak province, four police officers were killed by a roadside bomb and a soldier died when gunmen opened fire on a military helicopter.

In Istanbul, a police officer was killed by a car bomb explosion.

Meanwhile, a gun attack on the city's US consulate has been linked to a leftist group. 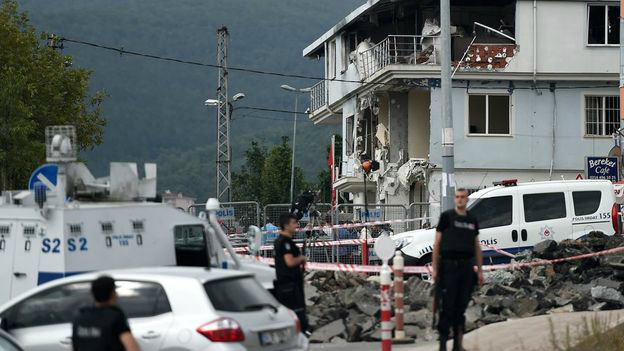 One of the two women assailants in Monday's attack on the consulate was wounded and detained, and a rifle and other weaponry were seized, Istanbul's governor said in a statement, the BBC reported.

She is said to be a member of a radical Marxist group, the Revolutionary People's Liberation Front (DHKP-C). The DHKP-C previously claimed a 2013 suicide attack on the US embassy in the capital, Ankara.

The US consulate said in a tweet that it was closed until further notice.

In the other attack in Istanbul, on a police station in the district of Sultanbeyli, a car bomb was detonated, injuring 10 people, including three police officers.

Two suspected militants were killed in ensuing clashes with police and an injured police officer died later in hospital. 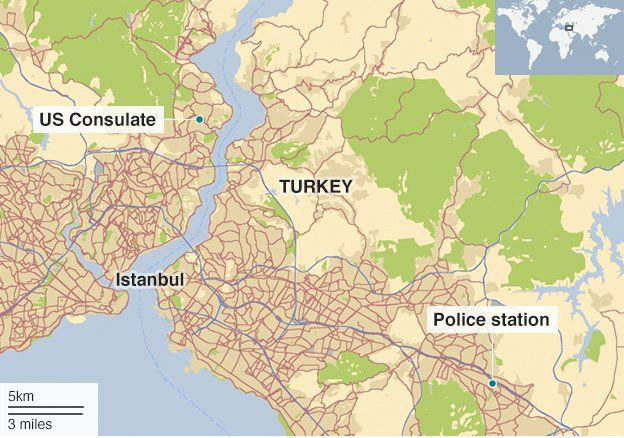 A ceasefire in the long-running conflict with the group appeared to disintegrate in July, when Turkey began bombing PKK camps in northern Iraq, at the same time as launching air strikes on IS militants.

PKK leader Cemil Bayik has accused Turkey of trying to protect IS by attacking Kurdish fighters.

"They are doing it to limit the PKK's fight against IS. Turkey is protecting IS," he told the BBC in an interview.

Kurdish fighters - among them the PKK - have secured significant victories against IS militants in Syria and Iraq.

But Turkey, like a number of Western countries, considers the PKK a terrorist organisation.