Air Commodore Zafar Masud and the Separation of East Pakistan 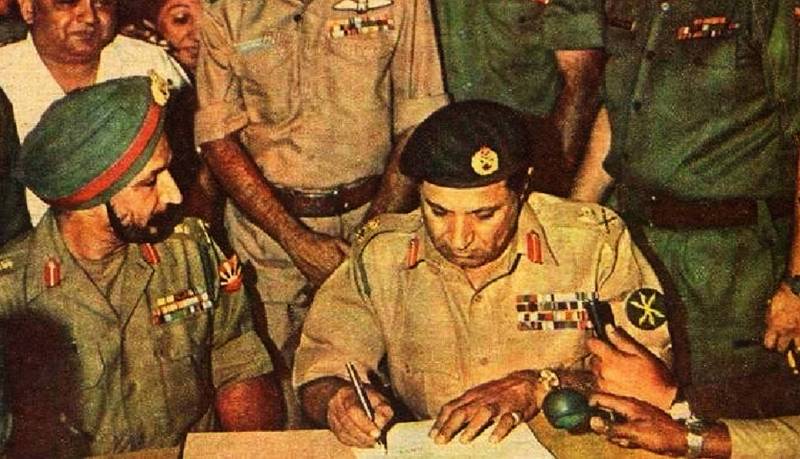 December 16, 1971 was a dark day in Pakistan’s history. On this day, Pakistan lost its east wing (now Bangladesh). The 1971 war and the separation of Pakistan’s two wings could have been avoided if then President of Pakistan, General Yahya Khan, had followed the advice of Air Officer Commanding, Air Commodore M. Zafar Masud, then the top Pakistani Air Force officer in East Pakistan.

In April of 1970, Masud was sent to Dhaka as the Pakistan Air Force (PAF) commander of the East wing. Masud arrived in Dhaka during a particularly trying time for the nation, as there was ongoing political turmoil and strife between the East and West wings of Pakistan. To provide a bit of background, during the general election of 1970, the Awami League political party (led by Sheikh Mujibur Rehman) had won the majority of seats in the National Assembly (NA). But President Yahya and Zulfiqar Ali Bhutto (Founder of the Pakistan People’s Party) were not in favor of Mujib emerging as Head of the Government. Yahya was concerned that if Mujib became the Prime Minister, then Yahya would have to relinquish the Presidency. Meanwhile, Bhutto, whose party had won the majority of seats in West Pakistan, was concerned that Mujib’s strong showing in the election would block his own path to becoming Prime Minister. Therefore Bhutto stated, “Udhar Tum, Idhar Hum” (“You rule there, we rule here”). Dawn (March 15, 1971) newspaper wrote, “Mr. Zulfiqar Ali Bhutto...said in Karachi yesterday that if power was to be transferred to the people before any constitutional settlement...it should be transferred to the majority party in East Pakistan 'and the majority party here [West Pakistan]’” Bhutto’s statement can be interpreted to mean that he wanted a separation of East Pakistan, presumably so that he could become Prime Minister of West Pakistan (he publicly stated that he wanted a united Pakistan, but his actions indicated otherwise).

Yahya and Bhutto had a common interest in blocking Mujib from assuming power, and it seemed they were willing to use any means necessary to do so. When people began protesting Government attempts to block Mujib, the Government forcefully suppressed them. Meanwhile, on February 28, 1971, Bhutto demanded a postponement of the previously scheduled National Assembly session in Dhaka (originally planned for March 3, 1971). The purpose of the session was for Assembly members to vote on a new Prime Minister (presumably Mujib). The day after Bhutto’s demand, Yahya announced that the Session would indeed be postponed (Dawn, March 02, 1971); a few days later, he announced a new date of March 26, 1971 for the session. There was no justification for this postponement, other than to try to block Mujib from assuming the Prime Ministership.

On March 02, 1971, Mujib issued a statement deploring the postponement of the Assembly session and called for a public strike across the whole of East Pakistan (Pakistan Times, Lahore, March 03, 1971); the Bengalis observed the strike. The Government again responded to demonstrations with brutal force and violent suppression.

The Government’s strategy of trying to resolve a political issue with force was causing great dissension within its ranks. On March 01, 1971, Vice-Admiral Syed Mohammad Ahsan (Governor and Unified Commander of the Pakistan Armed Forces in East Pakistan), who was not in favor of using force, resigned in protest of Yahya and the Government’s handling of the situation in East Pakistan. Ahsan was replaced (on the same day, March 01, 1971) by Lieutenant General Sahabzada Yaqub Khan (Pakistan Times, March 02, 1971). Four days later (March 05, 1971), Yaqub Khan also resigned for the same reasons as Ahsan. Air Commodore Masud was then appointed as the Unified Commander of Pakistan Armed Forces in East Pakistan. Meanwhile, Lt. General Tikka was appointed as the Governor and Martial Law Administrator, Zone B.

The situation in East Pakistan was now reaching a boiling point, but the Government continued using force to suppress protestors. On March 7th, in a public speech Mujib called for independence from West Pakistan, although still leaving the door open for negotiation.

Despite the precarious situation, Yahya still had not realized the gravity of the circumstances. He didn’t bother to visit Dhaka to review the situation firsthand and try to resolve it. Masud was unhappy with the way President Yahya was handling the political turmoil. He felt that the uprising in East Bengal could not be suppressed through guns or violent means. Masud and others convinced Yahya to travel to Dhaka on March 15, 1971. Finally, Yahya arrived in Dhaka and held a meeting at the President’s House along with Masud and top brass from the Pakistani Army.

During the meeting, Air Commodore Masud briefed Yahya and the attendees of the meeting on the complexity and seriousness of the situation. Masud told President Yahya:

“The situation is very delicate. It is essentially a political issue and it needs to be resolved politically, otherwise thousands of innocent men, women and children will perish.”

“Air Commodore Masud…for well over an hour gave a candid, fact-filled evaluation of the civil-military environment. He forcefully argued that the turmoil in East Pakistan could never be resolved with military force...”

Masud thus apprised President Yahya of the grave situation and explained the consequences of using violence to suppress the people, recommending a political solution instead. While in Dhaka, Yahya also held meetings with Mujib and on March 22nd a joint meeting with Mujib and Bhutto. But nothing fruitful came out of these meetings. To further block Mujib, Yahya once again, on March 22nd, announced a postponement of the National Assembly session without giving any rescheduled date (Pakistan Times, March 23, 1971).

Instead of coming up with a political solution to the situation in East Pakistan, Yahya and the top brass in the Pakistan Army decided to intensify their efforts against the Bengalis with the power of their guns. Prior to his departure for Karachi from Dhaka, Yahya issued orders to launch full-fledged, immediate army action. At Dhaka airport, Masud spoke to the President and again reminded him of the repercussions of using force.

Nevertheless, General Tikka followed President Yahya’s order and, on the night of March 25-26, 1971, launched an aggressive military operation to suppress the Bengali uprising. The military also arrested Mujib. Prior to his arrest, Mujib issued a declaration of Bangladesh’s independence:

"This may be my last message; from today Bangladesh is independent. I call upon the people of Bangladesh wherever you might be and with whatever you have, to resist the army of occupation to the last. Your fight must go on until the last soldier of the Pakistan occupation army is expelled from the soil of Bangladesh. Final victory is ours."

At this juncture, Tikka asked Masud for Air Force support; this was an incredibly difficult decision for Masud. He could see the ground reality that launching a ruthless and barbaric Air Force operation to massacre Bengali civilians would clearly lead to the separation of East Pakistan. So, Masud took what he felt was the only moral and honorable course of action: in the interest of saving Pakistan and avoiding a massacre of the Bengalis, Masud decided not to comply with Tikka’s demand. He sacrificed his brilliant career in the PAF for the future of the nation and its people.

On March 26, 1971, Masud handed over command to Air Commodore (later Air Marshal) Inam-ul-Haque Khan. Masud traveled to West Pakistan, where he was offered another assignment, but he refused and resigned from the Pakistan Air Force. Upon his resignation, the media attempted to obtain his views on East Pakistan and the reasons for his resignation, but Masud was barred from commenting (His views are not available in the published Hamoodur Rehman Commission Report. It is unknown whether Masud’s statement was recorded and omitted from the published report or if it was not recorded at all).

Meanwhile, in early April of 1971, Lieutenant General A. A. K. Niazi was sent to East Pakistan and took over from Tikka. With each day passing the situation deteriorated further. Towards the end of 1971, India intervened, and in December of 1971 a full-fledged war between Pakistan and India began. The Pakistan army ultimately lost the war and on December 16, 1971, Bangladesh emerged as an independent country.

Masud’s refusal to comply with the army operation showed incredible foresight. While the overall separation movement had begun right after the creation of Pakistan (see additional details in the book entitled “Air Commodore M. Zafar Masud: A Pioneer of the Pakistan Air Force”), perhaps the parting of East Pakistan in 1971 could still have been avoided, had the leadership listened to Masud and others who were against military action. Masud’s heroic and principled stand is commendable; he sacrificed a promising career in support of what he felt was right for the people and the country. He is – and will remain – a true hero of the Pakistan Air Force.

A page on Facebook is dedicated to the legendary Air Commodore Masud: