'Hepatitis': its prevention and control 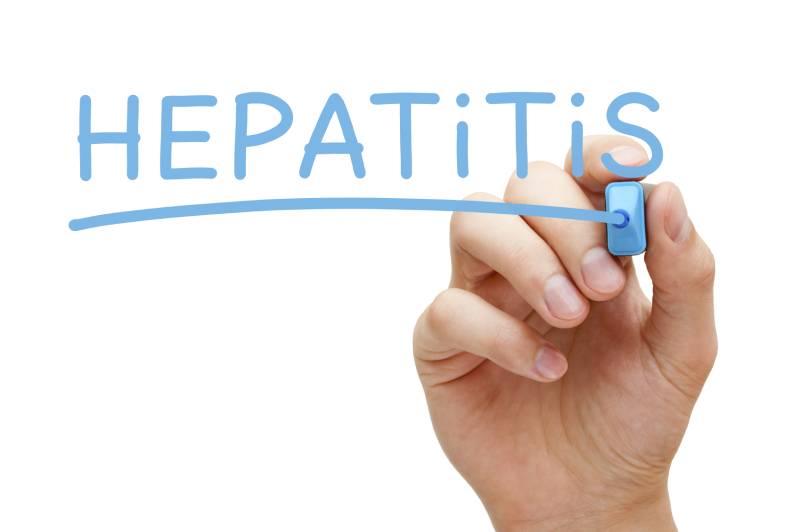 World Hepatitis Day (WHD) takes places every year on 28 July and brings the world together under a single theme to raise awareness of the global burden of viral hepatitis.

Hearing the term Hepatitis, we come across two very extreme reactions. Either usually we get paranoid and run around like headless chickens or we simply ignore if come across any symptoms.

However, in Pakistan, hepatitis is like the silent storm taking away the lives of numerous people. According to a statistical report, among every ten Pakistanis, one of them is suffering from hepatitis. This a number too high as compared to other countries in the world.

To add salt to wounds, there is a very high death toll in Pakistan due to hepatitis. While patients in other countries usually get treated and live a healthy life afterwards, here we have people affected by the disease to the extent that they need liver transplantations.

The difficulty of getting a compatible donor for the liver transplantation is another story. These facts have been subject to a lot of debate among the people related to medicine and working on the health of general public.

According to the record taken in 2015 more then 142 million were diagnosed with Hepatitis C worldwide. This type of hepatitis is taken to be the most dangerous as it most commonly results in liver failure. It is also a very common disease in Pakistan. At the moment more then 15 million people are suffering from Hepatitis C while 5 million people are suffering from Hepatitis B in Pakistan.

Due to lack of facilities and treatment more then 1 lakh people die of it annually. According to Prof. Aftab Mohsan if we take all the preventive measures including in the hospitals for proper disposal of medical waste we can control Hepatitis B and C in 20 years.

Only 20% of the patients are treated under the surveillance of Hepatitis Control Program the rest are sent to the waiting list. More than 10 billion rupees are required for the proper treatment of 50% of the patients.

Pakistan is far behind other countries in the region in liver transplantation as patients wait for consultants from other countries at a number of private healthcare centers.

Before we can know the prevention of hepatitis in Pakistan and before we can root out the problem, we must know what exactly is hepatitis. Hepatitis is basically a viral infection that causes inflammation of the liver and has three types.

The known types of hepatitis are five that are Hepatitis A, B, C,D and E. The most commonly observed and well known are hepatitis A, B and C. While hepatitis D and E are still mostly still being studied.

Hepatitis A is a viral liver disease the causative agent of which is Hepatitis A Virus (HAV). It is the mildest of all the kinds of hepatitis that have been studied. The basic reasons from which this problem rises are poor sanitary conditions and unhygienic living conditions and habits . The disease is contagious and the virus of the disease can travel through fecal-oral route.

The fecal-oral in layman terms is that if an uninfected person ingests something which has been contaminated by the feces of an infected person. According to World Health Organization, patients recover from Hepatitis A with a life long immunity while only a very small fraction of people may actually lose their life due to the disease.

The symptoms of Hepatitis A appear mostly after two to six weeks of the initial infection and may last upto 8 weeks. There are few to none symptoms however the ones that so appear may be

-pain in the abdomen -nausea and fever -loss of appetite

The patient needs to keep a constant nutritional balance and fluid intake to cover for the loss in diarrhea and vomiting. The body recovers from Hepatitis A and forms life long immunity and usually does not recur.

Hepatitis B is the type of hepatitis that requires more serious attention than Hepatitis A. It is also a disease of liver but the causing agent of it is Hepatitis B Virus (HBV). This disease has mostly to do with the bodily fluids.

The causing virus is transferred by exposure to the infected person's blood, semen or any other bodily fluids. The most important fact to be kept in mind is that the virus can spread from a pregnant mother to her child during the birth.

While the saliva may also contain the virus, it does not spread through sneezing, coughing or sharing utensils unlike popular belief. Nor does it pass along to others through food, water, hugging or other forms of casual contact.

These facts may clear many misconceptions among people and the patient may be saved from the social boycott and the daunting feeling of being treated as alien species.

The thing about Hepatitis B is that most people do not show symptoms during the initial stages of infection. The symptoms usually appear one to four months after the person has been affected. When they show they can range from mild to severe. The most dominant of the symptoms are

- jaundice, which is a condition that shows itself by yellowing of the skin and whites of the eyes.

- loss of appetite and lethargy

Hepatitis B is not fatal in the initial stages. Some people may not even require treatment, their body will fight it off and grow immune to it for the rest of their life. But in some cases it does take a more aggressive route and may eventually result in scarring the liver and causing cancer.

Hepatitis C is perhaps the most dangerous of the types of hepatitis known and understood yet. The causing agent of it is Hepatitis C virus (HCV). It is a blood-borne disease meaning it mostly is spread by contamination from even small amounts of blood.

It can be acute to chronic, existing for only for a few weeks to entire length of life. The acute cases do not show any symptoms and mostly are not life threatening. In chronic cases it may cause permanent damage which does not allow it to work properly known as cirrhosis which along with liver cancer becomes the major reasons for the death of the patient suffering from Hepatitis C.

Hepatitis C is the leading cause of most of the liver transplants although the virus can recur even after the transplant or after going through the treatment. The important point people need to keep in mind is to keep in touch with the doctor even after the treatment which people mostly forget or act carelessly which can bring things back to starting point of the disease in the worst case.

A misconception often found among people is that it cannot be treated which is wrong and can just affect the patient to psychologically lose the will to fight the disease. In these modern times many treatments have been introduced with liver transplant as a last resort. Another misconception to be removed is that, as in the case of Hepatitis B, the virus does not spread by sharing utensils, food and water or casual skin contact.

-Loss of appetite and weakness

- Patient is easily bruised and tends to easily bleed as well

-Confused and slurred speech can also be noticed

Another type of hepatitis commonly found among Pakistanis are Hepatitis 'D' and 'E'. Pakistanis have one of the highest fertility rates in the world, exceeding four children per women. The area of Pakistan is approximately 800,000sq KM. So considering the size and population of Pakistan we can understand that we need proper food and water to fulfil the needs of a normal human being.

Now that we know, what is Hepatitis, we can work on the prevention. The best and the only defence we have against Hepatitis A and B is the vaccine. The vaccination of the disease is very important since that is the only wall of defence you can put against the disease. Newborn babies and children should be vaccinated. However, if as a baby you have not been vaccinated against these diseases, it is very important that you get yourself vaccinated now. In some other cases, vaccines of Hepatitis A and B become very important too.

Some of the people at high risk of getting affected are:

Hepatitis A spreads from poor sanitary conditions. In Pakistan, due to lack of knowledge of hygiene numerous people suffer from this disease. Also, with many people living in slums while a large percentage have no facilitation of proper toilets, it becomes impossible to control the disease. The only solution is good hygiene.

What we need to do is to raise awareness among people. Stress on the factor that hands should be washed after toilet usage and before eating or cooking. Many campaigns have been launched to raise this awareness and provide people with the proper knowledge.

Hepatitis B and C spread through body fluids.

These drug addicts are homeless in most cases and keep with themselves a single syringe which may be shared among many individuals. There is also a mafia working on collecting the syringes from garbages, repackaging them and selling these to medical stores.

What we should do to eliminate Hepatitis B and C is that the syringes should be destroyed after single use so that they can not be repackaged. There should be regular checks in hospitals to make sure that hygiene is up to the standards. The drug addicts should be taken to rehabilitation.

For the drug addicts a campaign had also started to provide them with free syringes so that at least they are safe from this disease.

In short, we should make sure in our daily lives that we are not doing something to put us at risk of this disease. If we see that someone we know is suffering from the symptoms we should consult a physician right away. With the efforts of the government and individuals statistics of Pakistan are bound to show a better picture in the future."