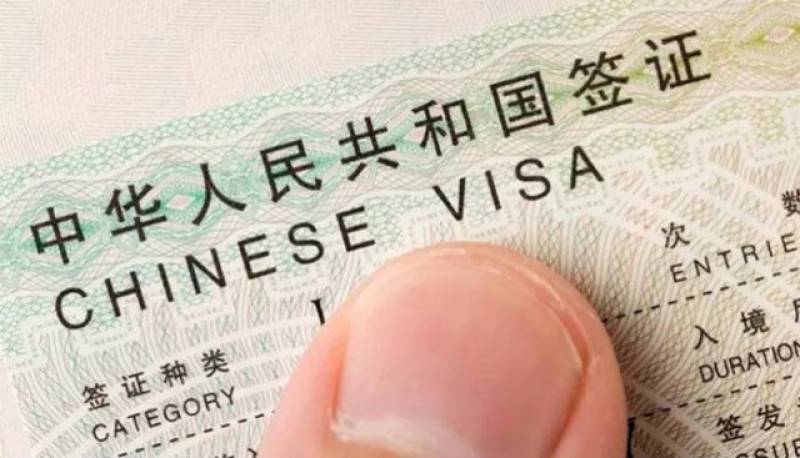 With most lucrative and low-risk opportunities, Pakistan has just started to turn the global investors on. The South Asian country is keeping its door open to its brothers-in-business, the Chinese, and it is changing the face of the nation.

A growing number of Chinese nationals are coming to Pakistan in the wake of the China-Pakistan Economic Corridor (CPEC).Roughly, more than 71,000 Chinese nationals visited Pakistan in 2016, and nearly 27,600 visa extensions were granted in that year, up by around 41 per cent from a year earlier. And, it is just the beginning!

Despite all-weather friendly relations between the two countries which recently took a tandem flight of development under China’s Belt & Road initiative, Pakistanis don’t enjoy the same privilege in getting Chinese visa as easier as their northern neighbours do.

As Pakistanis are welcoming their neighbours with open hearts, a common notion prevails that the feelings are not mutual and the Chinese are only interested in exploiting Pakistan’s business potential to boost dwindling domestic growth while serving Beijing’s ambitious plans.

A rising number of people in Pakistan’s business community are now voicing their concerns about visas for China becoming increasingly difficult to get. Moreover, even when they are granted, the validity period is seldom more than three months, and they are for single entry only.

“It felt like I was going to India, Pakistan’s arch-rival, with only one exception - Pakistanis are allowed to travel across the mainland China unlike in the eastern neighbour,” said Muhammad Mohsin, a chemicals trader from Lahore, recalling his first visit to China six years ago.

Regrettably, the situation hasn’t improved much and according to Mr Mohsin, getting a Chinese visa is still an uphill task for even those businessmen who have dealt with Chinese counterparts for last decade and have been frequent travelers, not to mention the long queues of Pakistani traders outside Chinese embassy.

“We have to wait for hours to get our documents processed. But the travel agents, who have made some kind of arrangement with embassy officials, could submit dozens of visa forms even on holidays at Chinese embassy or consulates,” Mr Mohsin told Daily Pakistan.

Chinese nationals seeking business visas are required to present only an invitation from a recognised body at any of Pakistan’s missions in China.

Besides this, he added, the duration of stay allowed for Pakistani nationals is significantly shorter than that of Chinese nationals. In one case, the Lahore-based businessman shared, his Chinese guest was allowed 30-day stay by Pakistani embassy while Mr Mohsin, despite multiple visits abroad, could not travel across China for more than a couple of weeks.

He also highlighted the ease with which Chinese nationals can get visa – a photocopy or email is enough as proof of invitation - while, on the other hand, Pakistani nationals have to submit all the original documents to the Foreign ministry for visa processing.

Another aspect of the sad story surfaced when a Pakistani doctor who recently applied for Chinese visa from the United States told Daily Pakistan that he had his documents processed within few hours. This preferential treatment towards the applicants from outside of Pakistan points out that there is still much more to do for the people inside the country – issuing them easier visit visa is on top of the list.

Although the Chinese Embassy in Pakistan says it has been processing visas for Pakistanis on the basis of international conventions and “the principal of reciprocity,” the situation is even worse for first-time travelers who are being exploited by the travel agent mafia.

However, Pakistan is a nation of more than 220 million people, and not all of the businesses are associated with the CPEC yet many of them are planning to explore Chinese markets despite all the hassles.

According to bilateral arrangement, visa application is totally free for all Pakistanis, who are also welcome to the Chinese Embassy in Islamabad and Consulate General in Karachi to apply for visas by themselves with complete materials.

But, currently first-time visitors to China are paying Rs120,000to Rs250,000 to travel agents while the regular visitor to China hands over Rs35,000-40,000 for smooth application processing. Against a hefty fee, the agents make all arrangements for the character certificate as well as an invitation from Chinese businesses.

When contacted (through telephone), an agent at one of the renowned visa consultancy firms in Pakistan said new visas are “suspended” at the moment. He, however, did not detail the time duration when the visas for first-time visitors will be opened.

Earlier this year, Pakistan tightened the relaxed visa regime to regulate the process of issuing visas to Chinese citizens visiting Pakistan on business or work-related visas.

Still, Chinese nationals seeking business visas are required to present only an invitation from a recognised body at any of Pakistan’s missions in China. However, showing due diligence, in June, the interior ministry decided to discourage long-term visa extensions for Chinese citizens.And it is indeed getting in effect as Weirui Zheng, a Chinese working as a language teacher in Lahore, told Daily Pakistan that she has been waiting for last three months to get her visa extended.

However, as Ms Zheng shared, it was pretty much easier for her to visit here and get her visa extended after refilling the form than most of her Pakistani friends who could only dream to visit China without any hassle.

Pakistani citizens are now demanding Beijing should value its neigbours equally, especially those who intend to learn the culture and explore the Chinese markets. A relaxed and hassle-free visa processing would not only develop long-term ties between people of the two countries but also act as a bridge to reduce cultural differences.