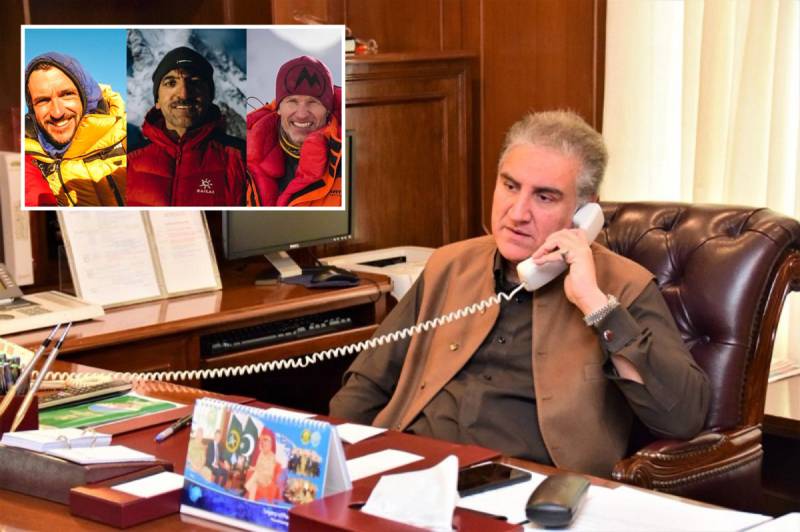 Expressing concern over the missing mountaineers, he updated the Chilean counterpart of the efforts being made by Pakistan to locate the missing team, including a number of operations by the Pakistan Army amid harsh weather conditions.

Chilean Foreign Minister Andrés Allamand acknowledged and expressed gratitude to the Government of Pakistan on behalf of the country and the family of Juan Pablo.

Both sides also discussed bilateral relations and agreed to remain engaged in the future.

Earlier on Tuesday, the search and rescue operation to trace the missing mountaineers halted due to harsh weather.