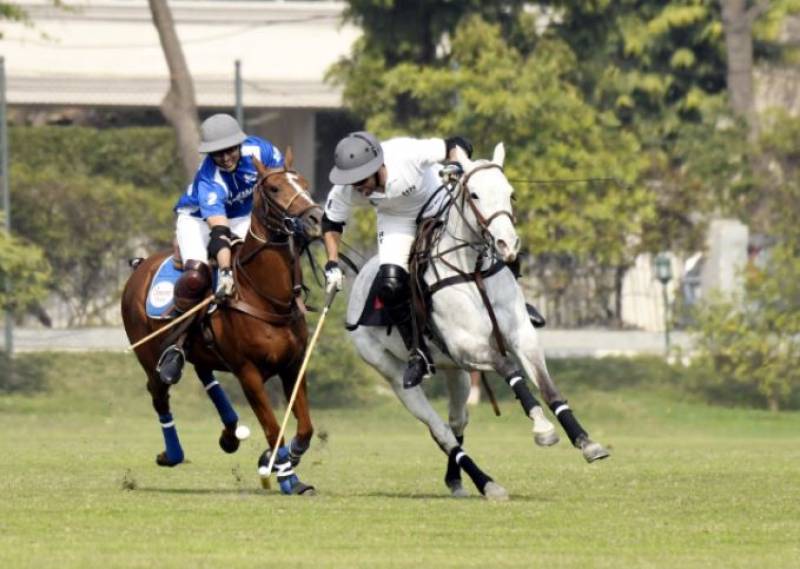 In the first match of the day, Diamond Paints outpaced BN/Barry's by 7-5½. Marcos Panelo emerged as star of the day with superb six goals out of seven while Mir Huzaifa Ahmed struck the remaining one goal. From BN/Barry's, which had a half goal handicap advantage, Ernesto Trotz and Hilario Ruiz Guinaziu banged in a brace each while Hamza Mawaz Khan converted one goal.

Phenomenal performance of Raja Sami Ullah and two and a half goal handicap advantage helped BBJ Pipes beat high-flying FG Polo Team by a narrow margin of 7½-7 in the second encounter of the day. Veteran Raja Sami Ullah emerged as hero of the day from BBJ Pipes, which had two and a half goal handicap advantage, with a classic contribution of fabulous four goals while from FG Polo Team, Julio Novillo Astrada fired in four fantastic goals while Ramiro Zavalette banged in a brace and Farasat Ali Chatha struck one.

The match started with BBJ Pipes having 2½ goal handicap advantage but FG Polo Team playing their best polo hammered a hat-trick of goals to gain a slight 3-2½ lead. The second chukker was evenly poised as both the sides slammed in one goal apiece with FG Polo still having a minor 4-3½ lead.

BBJ Pipes converted one in the beginning of third chukker to take 4½-4 lead but FG Polo bounced back well and banged in a brace to get back 6-4½ lead. The action-packed fourth and last chukker saw BBJ Pipes playing better polo and thrashing in three tremendous goals against one by FG Polo to win the closely-contested encounter with a narrow margin of 7½-7.