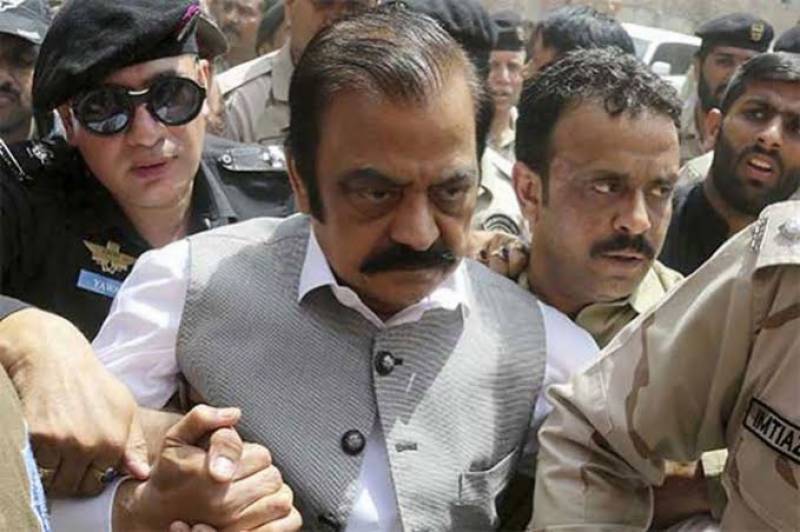 ISLAMABAD – Legislators of ruling Pakistan Tehreek Insaf (PTI) and its allies on Friday declared PML-N’s Rana Sanaullah, who is nominated in a drugs case, innocent during the proceedings of the National Assembly, revealed a renowned journalist.

Sanaullah, who is released on bail, spoke out against the case filed against him by the Anti-Narcotics Force (ANF) last year, demanding a judicial commission or parliamentary committee to probe the matter.

He said that the case to become a part of the assembly record, adding that the practice of creating fake cases, if not discontinued, could come back to haunt others as well.

During his speech, the PML-N minister, holing the holy Quran in his hand, urged the members of the government to stand along with what is true.

At this, according to journalist Hamid Mir, PTI MNA from Balochistan Khalid Magsi, stood in his seat saying, “I am with the truth”. He was followed by PTI’s Sanaullah Mastikhel, MQM’s Iqbal Muhammad Ali, GDA’s Saira Bano and independent ally Aslam Bhotani, Mir added.

Bhotani and Magsi said they have supported Sanaullah following the voice of their conscience and believed that the PML-N’s minister “is innocent,” revealed Mir while referring to his conversation with them after the assembly session.

Rana Sanaullah was arrested by the ANF on July 1, 2019, while he was travelling to from Faisalabad to Lahore. The ANF officials claimed to have seized 15 kilogrammes of narcotics from his vehicle. At least five people, including the driver and security guard of the former law minister were also nabbed.

The FIR was lodged under section 9 (C) of the Control of Narcotic Substances Act 1997, which carries death penalty or life imprisonment or a jail term that may extend to 14 years, along with a fine up to Rs1 million.

Sanaullah had been in detention of the ANF for over six months. He faced 19 proceedings since the case was lodged against him by the ANF.