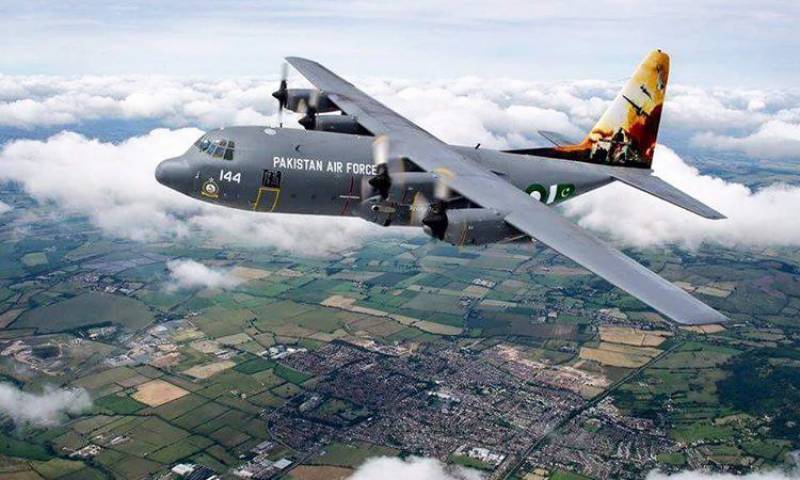 LONDON - Pakistan Air Force's C-130 aircraft, which is on display at the Royal International Air Show-2016 at Fairford, has become a popular attraction and is drawing large crowds at the air show.

A PAF press release said that the specially painted aircraft portrayed the sacrifices of Pakistani people and the Armed Forces in fighting the menace of terrorism, in general, and conducting Operation Zarb-e-Azb, in particular.

Thousands of visitors from all across the world are taking a keen interest in the artistically painted PAF C-130 aircraft.

Over 50 countries from across the world with more than 200 aircraft are participating in the air show.