So much love for humanity: Edhi's touching last words for the rest of Pakistan 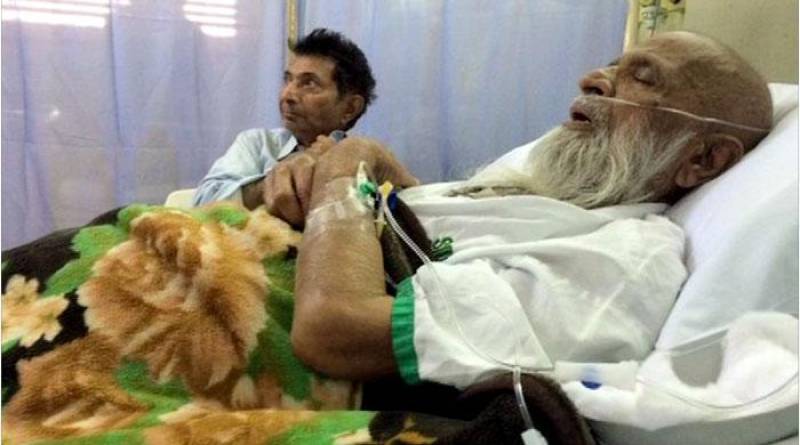 According to the philanthropist's son Faisal Edhi, his father had advised the family to donate all of his body parts to hospitals after his death. Faisal also said that his father wanted to be buried in the same clothes he was wearing on his deathbed.

In his will, Abdul Sattar Edhi also said asked for his son to become the top administrator of Edhi Foundation after his death. He also directed his son on how to run the foundation.

According to media reports, the two corneas donated by Edhi have been transplanted into two blind people successfully, as per his will. The corneas were the only useable part of his body. His other organs could not be transplanted onto other due to their condition.

A statement issued by the Sindh Institute of Urology and Transplant (SIUT) said that Edhi was one of the 2,000 people who had pledged their body organs after death and the Edhi family donated both his eyes after he died at SIUT on Friday.

“The successful surgery was performed in the late afternoon on Saturday by a team of surgeons of the department of ophthalmology at SIUT,” the statement added.

“The death of Edhi sahab has given vision to two most deserving persons and this is how he had wished his legacy to continue after death. We all hope Edhi sahab’s donation will encourage others to save the lives of patients of end stage organ failure,” read the SIUT statement.

Earlier on Saturday, Abdul Sattar Edhi was laid to rest at Edhi Village, following a state funeral which was attended by President Mamnoon Hussain, three services chiefs, two chief ministers, Sindh governor and thousands of others including political and rights activists.