FM Qureshi to attend extraordinary meeting of Commonwealth in London 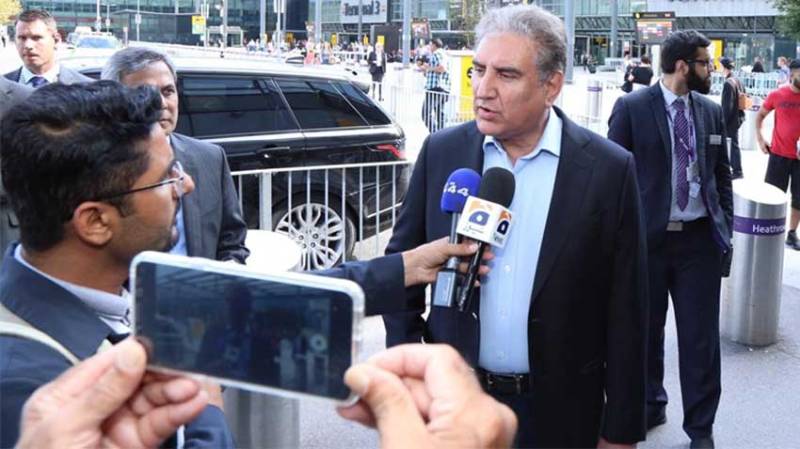 LONDON - Foreign Minister Shah Mahmood Qureshi is in London to attend the extraordinary meeting of the Commonwealth, the Radio Pakistan reports on Wednesday.

The foreign minister will also represent Pakistan at an International Conference on freedom of expression and will also address the Pakistani Community living in London.

He will highlight Pakistan's stance on different issues while talking with local and international media.

Talking to media at the Heathrow airport, the foreign minister said that there is no reality about the video released by PMLN regarding honourable Judge of Accountability Court and it has no significance.

Shah Mahmood Qureshi said that Prime Minister Imran Khan has no plan to visit Russia and Foreign Office will release details regarding any such plan.